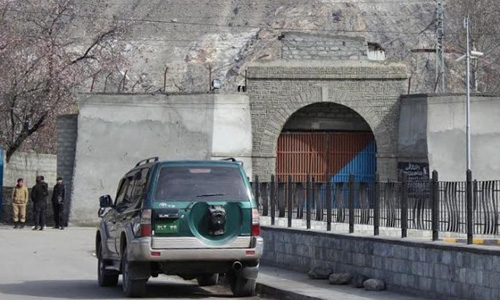 GILGIT-BALTISTAN (92 News) – Thirteen people, including jail officials, were arrested in connection with the escape of two accused of the Nanga Parbat attack on Saturday. Several joint teams have been formed to investigate the jailbreak. The Army, Rangers, police and Gilgit-Baltistan Scouts have jointly launched an operation to apprehend the fleeing prisoners. An inmate was killed while another was arrested by the security officials. The IG Prisons, the deputy superintendent and two officials have been suspended after the incident.