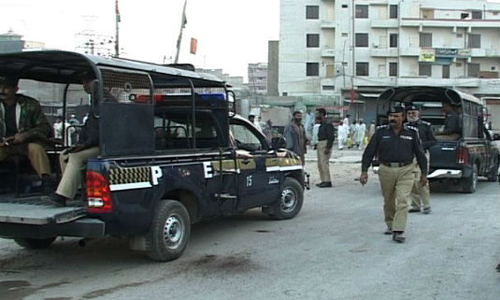 KARACHI (92 News) – Two people, including a girl, were killed during an encounter in New Karachi area on Saturday. The police were chasing the fleeing dacoit while exchanging fire with them when a bullet hit Faisal who died instantly. The police continued chasing the accused and again had an exchange of fire with them in Bilal Colony. A woman and her daughter were caught in the firing. As a result, the girl died while her mother was seriously wounded. However, the police arrested one of the dacoits, while his three accomplices managed to escape.