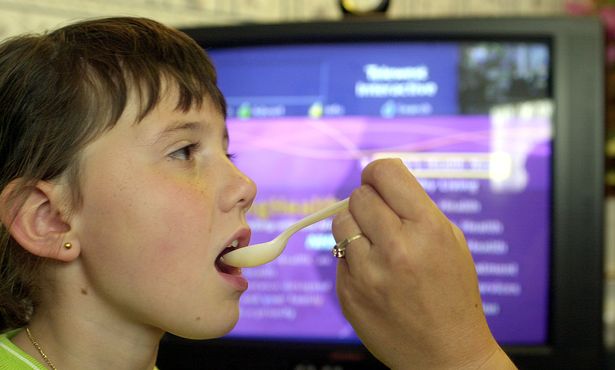 LONDON – Children should not be given cough medicine but should instead be treated with “old fashioned” honey and lemon, a leading paediatrician has said.

Chair of the college’s trainees’ committee, Dr Bovington said there was no evidence cough medicines work and added they can end “actually end up doing more harm than good”.

Most childhood coughs and colds get better simply with rest, fluids and possibly paracetamol or ibuprofen, he said.

The intervention follows an announcement by the NHS earlier this year saying it would no longer fund free cough mixture.

“A lot of cough and cold medicines contain active ingredients such as nasal decongestants, antihistamines and cough suppressors that may, in large doses, have adverse effects or be toxic if consumed in large quantities, particularly to the under-sixes who are much more susceptible,” he said.

“The bottom line is there is absolutely no evidence that cough medicines work as there has been very little research with regards to their use and, potentially, they could actually do children more harm than good.

“My advice for parents would be to stick to old fashioned honey and lemon.”

Dr Bevington said there was “a lot of conflicting advice” about their use which parents “understandably find confusing”.

“They may also contain paracetamol and parents may unintentionally find themselves overdosing their child with cough medicine and paracetamol while, as with any medicine, there remains a risk that any of the ingredients could cause an allergic reaction or other unwanted side effect,” he said.

Cough mixtures specifically marketed at children, such as Benylin’s Children’s Cough and Sore Throat Syrup, can be purchased in high street chemists for around £3.30.

In Australia, where a similar debate as to the benefits has raged, the head of the country’s professional medical body said last year it would take a generation to wean parents off resorting to the treatment.

While official NHS clinical guidelines do not instruct doctors to provide cough mixtures, the medicines were until this year available for free on the health service before being barred along with homeopathy, laxatives and sun cream lotion.

Cough mixture manufacturers have said their products are intended to relieve symptoms rather than cure illness.

Dr Bevington, who is a senior registrar in paediatrics at Southampton Children’s Hospital, said: “We are now heading into our busiest time of the year where hospitals and GPs will see hundreds of children a day with respiratory symptoms including coughing, colds and temperatures.

“Most coughs and colds in children will be caused by a viral infection which will get better without antibiotics and with rest, fluids and possibly paracetamol and or ibuprofen, though many parents worry persistent symptoms will be damaging and reach for cough syrups.”

“If symptoms persist beyond a few days or there are other worrying signs, consult a GP or pharmacist.” – The Telegraph