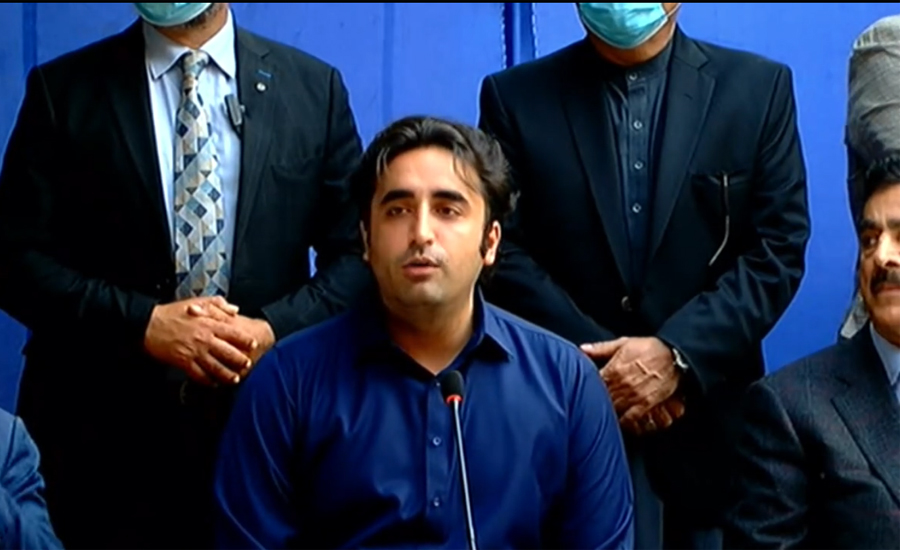 LAHORE (92 News) – PPP chairman Bilawal Bhutto has said that the opposition is giving a tough time to the government despite less votes.

He said that t he no-confidence move and the long march will be discussed after senate election.

The PPP chairman said that this section of the Charter of Democracy can be applied in a democratic method," he added.

He said that the government was nervous and knocking at another door for help instead of approaching their members. "Insha Allah, they will not get an undemocratic support," he added.

He said that the government had used cheap tactics for rigging in the by-election. "We should respect the aspirations of the masses and not succumb to any pressure," he maintained.