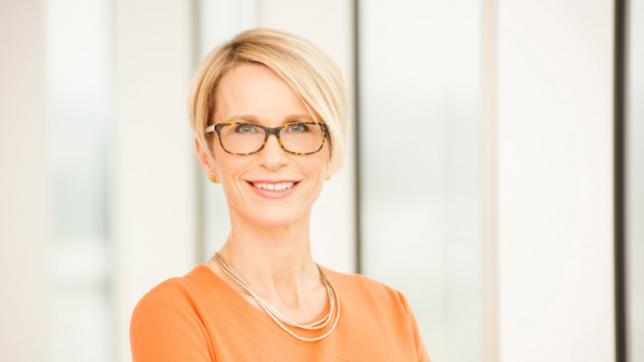 LONDON - GlaxoSmithKline said it had chosen its head of consumer healthcare, Emma Walmsley, as its new chief executive, after several months reviewing internal and external candidates. She will become the first woman to head a top global pharmaceutical company and will bring the number of female chief executives in Britain's FTSE 100 index to seven. Walmsley, 47, joined Britain's biggest drugmaker in 2010 from L’Oreal and will replace Andrew Witty, who had previously announced his decision to retire on March 31, 2017. She will join the board from January. The decision will disappoint investors such as Neil Woodford, a top shareholder and a critic of the drugmaker's current structure, who wanted to see an outsider appointed to overhaul the company. However, Walmsley had always been tipped as a strong internal candidate, along with pharmaceuticals boss Abbas Hussain and manufacturing head Roger Connor. Her appointment is likely to be seen as a signal that GSK will retain the consumer business as a core part of its operations, rather than splitting up the company. "Choosing Emma Walmsley suggests a strategy of evolution rather than revolution," Joe Walters, senior portfolio manager at Royal London Asset Management, one of GSK’s 30 largest investors, told Reuters. "A big change in the firm’s corporate structure is less likely, but any worries about a reduction in Glaxo’s attractive dividend payments should recede." GSK's 5 percent yield is a big lure for investors. A weaker pound after Britain's vote to leave the European Union helped the group's 2016 outlook and also soothed fears of a dividend cut, but there had been speculation that an outside CEO might go on a major buying spree that could crimp payouts. Chairman Philip Hampton said in a statement that GSK had market-leading positions in pharmaceuticals, vaccines and consumer healthcare that provided excellent platforms for sustainable, long-term growth. Shares in GSK slipped 0.5 percent by 0940 GMT. BROAD PORTFOLIO At the helm since 2008, Witty has struggled with flagging sales and profits, as well as a damaging corruption scandal in China, although earnings are now improving. Some investors and analysts have questioned his focus on a consumer health business that ranges from headache pills to toothpaste. Other drugmakers have enjoyed better share price performance in recent years by riding a wave of innovation in disease areas such as cancer. GSK has chosen to largely sit out a wave of acquisitions in the pharmaceuticals industry that has seen rivals spending billions of dollars on promising experimental medicines. A $20 billion asset swap with Novartis, completed last year, which involved the exchange of cancer drugs for the Swiss group’s consumer health products and vaccines, was a centerpiece of Witty's time in charge. The deal crystallized the company's idea of reducing exposure to premium-priced pharmaceuticals and increasing sales of over-the-counter products, as well as selling more lower-priced medicines in emerging markets. Walmsley has been intimately involved in that strategy as head of consumer healthcare and, like Hampton, she sees the breadth of GSK's portfolio as a key strength. "We have momentum in the group and as the demand for medical innovation and trusted healthcare products continues to rise, we have the opportunity and the potential to create meaningful benefits for patients, consumers and our shareholders," she said in the statement. As head of GSK's consumer healthcare operations, Walmsley is responsible for a business with 21,000 employees and annual sales of 6 billion pounds ($7.8 billion), equal to around a quarter of group sales. -Reuters