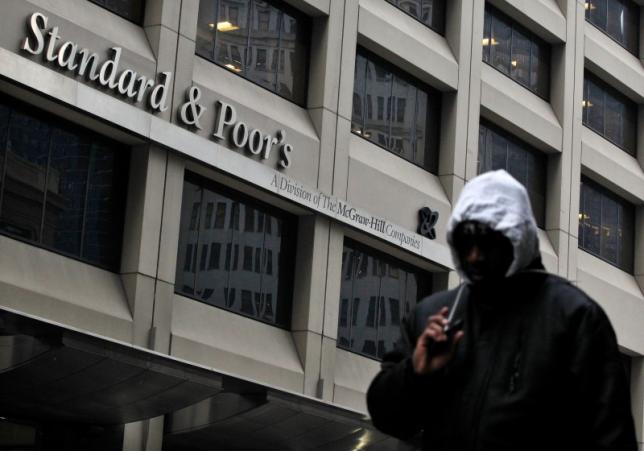 LONDON – The number of firms that have defaulted this year has reached 100 and is more than 50 percent higher than at the same stage of 2015, rating agency Standard & Poor's said on Friday. S&P said four companies had defaulted this week, keeping 2016 firmly on track to top the 177 record number of defaults seen at the height of the financial crisis in 2009. "Of the defaults so far in 2016, 67 are based in the U.S., 18 in emerging markets, nine in the other developed nations, Australia, Canada, Japan, and New Zealand, and six in Europe," the head of S&P Global Fixed Income Research, Diane Vazza, said. She added the rate of defaults was set to continue to rise with firms in the energy, natural resources and commodities sectors expected to make up the bulk of numbers. The U.S. corporate trailing-12-month speculative-grade default rate is forecast to rise to 5.3 percent by March 2017 from 3.8 percent this March. For speculative-grade European financial and non financial firms the rate is seen inching up to 2.4 percent from 2.1 percent by the end of 2016. "Stress in the form of persistently low prices for oil and other commodities, the potential for more rate hikes by the Federal Reserve, and financial market volatility abroad will likely produce more defaults in the next 12 months," Vazza said. –Reuters