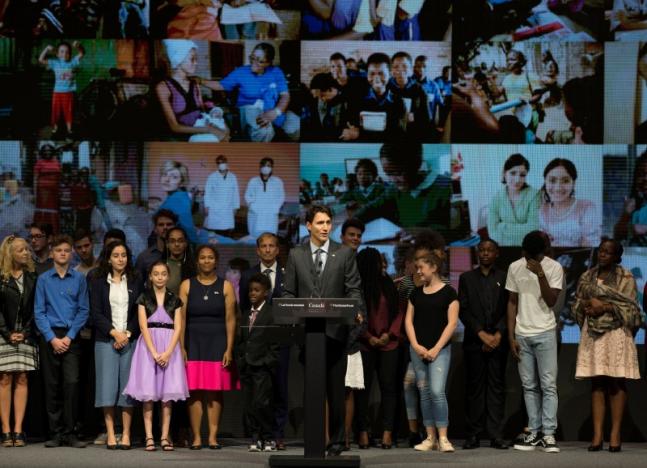 MONTREAL - A global fund has raised over $12.9 billion from international donors as part of a campaign aimed at effectively eradicating AIDS, malaria and tuberculosis by 2030, conference organizers said. The Global Fund asked government, faith-based and private-sector partners to raise a total of $13 billion at a donor conference in Montreal to support its activities over the next three years, starting in 2017. "We can declare success for we have saved the lives of 8 million people in the coming years," Canadian Prime Minister Justin Trudeau told reporters after attending the conference, which drew several heads of state, singer Bono and Microsoft Corp co-founder and philanthropist Bill Gates. The attention generated by the conference "has ensured that the donations are going to continue to flow in" during the coming weeks and months, Trudeau said. The Global Fund, the world's largest aimed at fighting the three diseases, is credited with saving 20 million lives since it was established in 2002. "We have the knowledge and tools to end HIV, TB and malaria as epidemics by 2030, but we need to invest smartly and with focus to make it happen," Mark Dybul, the fund's executive director, said in a statement. The United States, the fund's largest donor, in August pledged up to $4.3 billion through 2019. The amount is subject to congressional approval. -Reuters