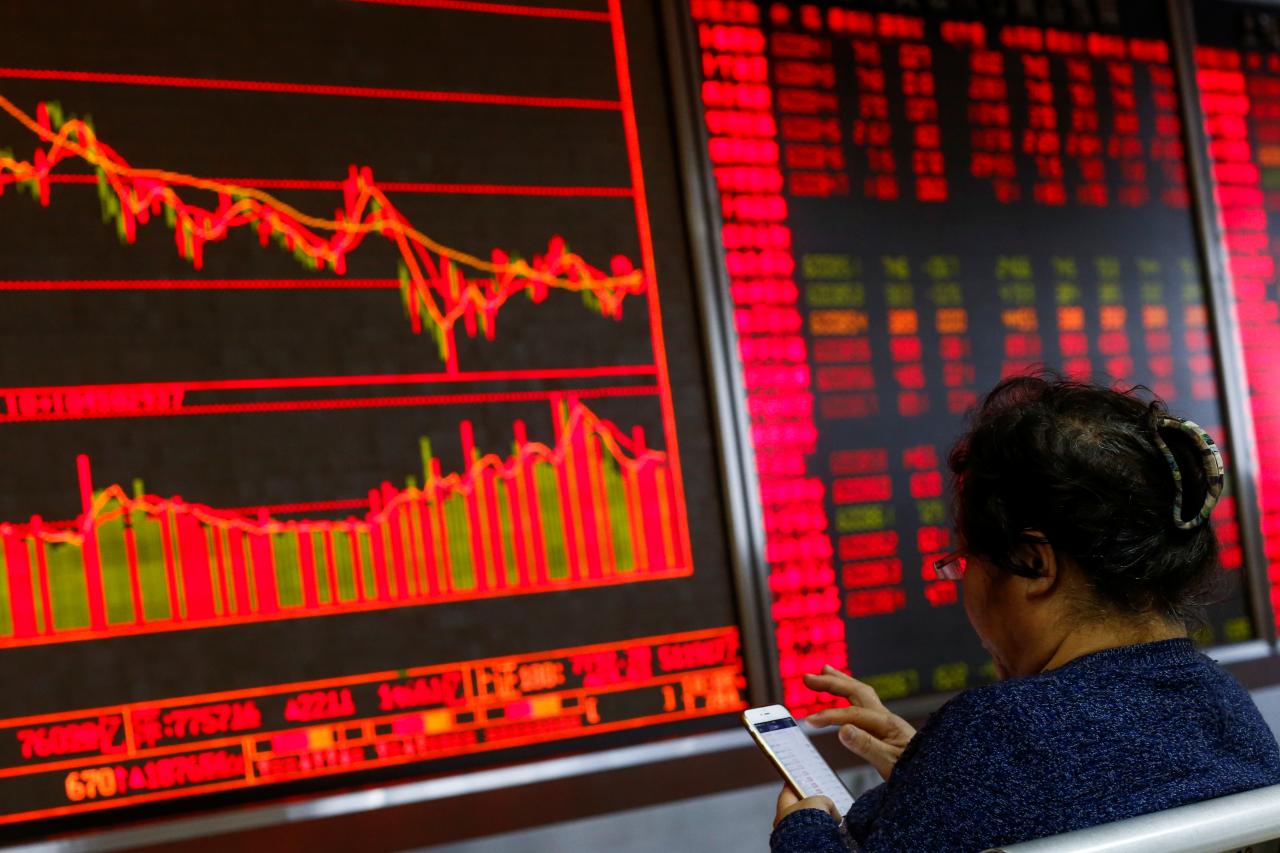 SHANGHAI (Reuters) - Asian equity markets surged on Thursday on signs of easing Sino-US trade tensions and expectations that China will step up efforts soon to support its cooling economy. After a quiet start, MSCI’s broadest index of Asia-Pacific shares outside Japan was up more than 1 percent by midday, building on early gains made after British Prime Minister Theresa May survived a no-confidence vote. Regional gains were concentrated in Chinese shares, with Chinese blue-chips up 1.9 percent and Hong Kong’s Hang Seng index gaining 1.4 percent. Japan’s Nikkei stock index was 1 percent higher, while Australian shares gained 0.4 percent. US stock futures rose 0.5 percent, pointing to a firmer opening on Wall Street. Markets are slowly growing less pessimistic about the chances of a Sino-U.S. trade deal after a slew of news this week pointed to easing tensions between the two powers. Reuters reported on Wednesday that Chinese state-owned companies have bought more than 1.5 million tonnes of US soybeans in the first major U.S. soybean purchases in more than six months. The purchases are the most concrete evidence yet that China is making good on pledges made when Presidents Donald Trump and Xi Jinping met on Dec. 1 and agreed to a 90-day detente to negotiate a trade deal. But markets have been stung by false signals in the past and Yoshinori Shigemi, a global market strategist at JPMorgan Asset Management, cautioned against reading too much into trade headlines. “U.S.-China trade negotiations are subject to very high uncertainty. So lots of headlines come and go, and markets come and go also,” he said. “We have to see the evolution of this negotiation.” China also appears to be toning down its high-tech industrial development push, dubbed “Made in China 2025,” which has long irked the United States, according to new guidance to local governments. But it remains to be seen if Beijing will meet Washington’s demands for stronger protection for U.S. intellectual property. “In the scheme of things and were this to prove true, this is far more relevant than China agreeing to restart purchases of American soybeans, or even reducing the tariff on US car imports from 40 percent to 15 percent, as has been indicated in the last 24 hours,” analysts at National Australia Bank said in a note. But China’s economic woes are deeper rooted than just trade, and global investors are also banking that Beijing will roll out more support measures in coming months to reduce the risk of a sharper slowdown. Zhang Gang, an analyst at China Central Securities, said investor expectations of further policy support were rising ahead of a key policy meeting. The Central Economic Work Conference (CEWC) is typically held in mid-December. Major economic growth targets and policy goals are discussed but typically not publicly announced until the National People’s Congress in March. Some analysts expect China’s economic growth could slow to around 6 percent next year, the slowest pace since 1990, from around 6.5 percent in 2018.

In the currency market, sterling gave up some gains after rallying from a 20-month low after May survived a party no-confidence vote. It was last trading down 0.04 percent at $1.2624 But analysts expect gains in the pound will be fleeting, as May appeared no closer to getting her EU divorce agreement through parliament, raising the risk of a chaotic exit in March. “The fact remains that the EU is highly unlikely to offer the reassurance MPs are demanding on the Irish backstop,” analysts at ING said, adding there was a risk that a parliamentary vote on the Brexit deal will not take place until later in the first quarter of 2019. “In the meantime, the lack of clarity and elevated risk of ‘no deal’ is set to see economic activity slow further,” they said. ING expects UK growth to halve in the fourth quarter from the third. The euro was also higher, up 0.04 percent at $1.1375 after Italy’s government offered to lower its deficit target next year to 2.04 percent of gross domestic product, below the 2.4 percent level that the European Commission had rejected as too high. The European Central Bank is all but certain to formally end its lavish bond purchase scheme on Thursday but will take an increasingly dim view on growth, raising the odds that its next step in removing stimulus will be delayed. The dollar index, which tracks the greenback against a basket of six major rivals, was nearly unchanged at 97.070. The dollar rose 0.15 percent against Japan’s currency, buying 113.45 yen. U.S. treasury yields continued to rise as risk sentiment improved. The yield on benchmark 10-year Treasury notes was at 2.9132 percent on Thursday, up from its U.S. close of 2.906 percent on Wednesday. The two-year yield, sensitive to expectations of higher Fed fund rates, was at 2.7723 percent compared with a U.S. close of 2.77 percent. U.S. crude rose 0.6 percent to $51.46 a barrel as trade tensions eased, and Brent crude futures gained 0.7 percent to $60.56 per barrel. Spot gold fell 0.06 percent to trade at $1,244.71 per ounce.