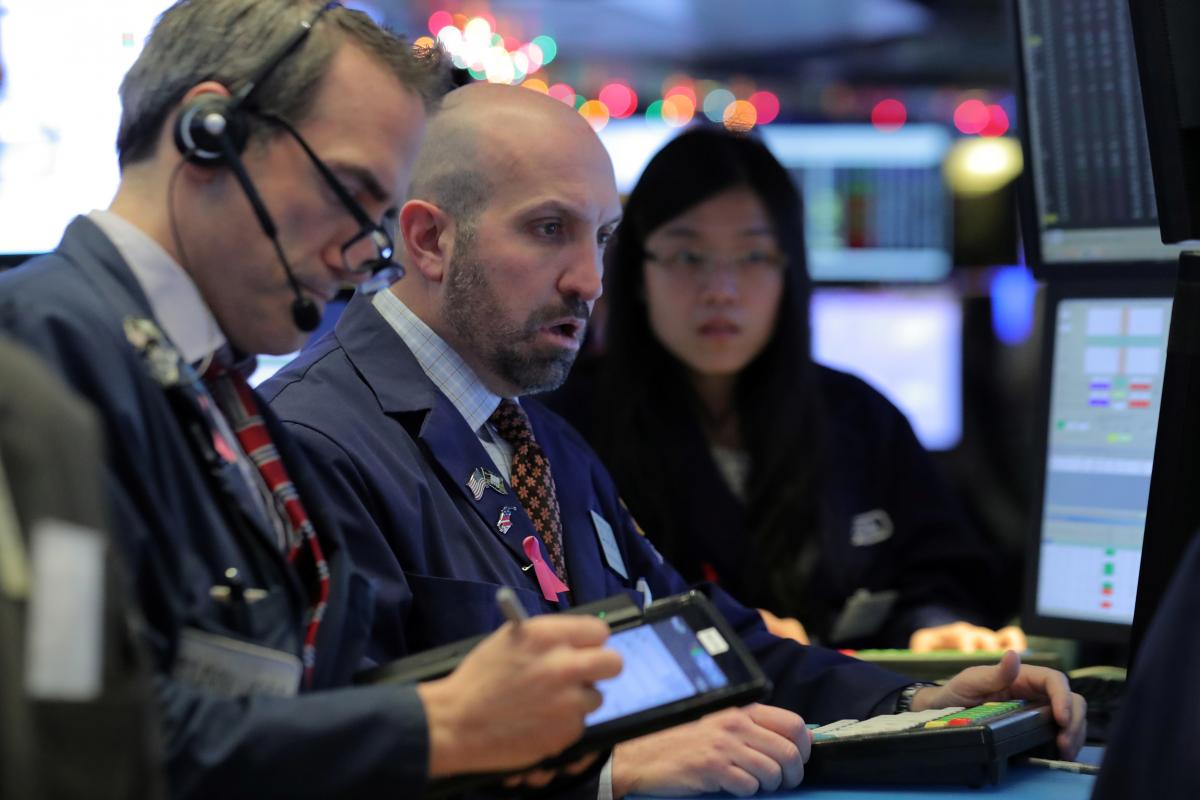 NEW YORK (Reuters) - Concerns over China-US trade tensions gave European shares their worst week of losses in two months and sank US stocks , overshadowing the lift from higher oil prices and jobs data. While Europe was higher on the day with a small recovery after three sessions of heavy losses, the trade standoff between Washington and Beijing was still a major lingering worry for investors. “Volatility is high and investors are twitchy. It has been a dreadful week for European markets, and today’s positive move can’t mask the previous losses,” said David Madden, market analyst at CMC Markets UK. The pan-European STOXX 600 index rose 0.62 percent, while an index of London’s 100 largest listed companies rose 1.1 percent. The Dow Jones Industrial Average fell 558.72 points, or 2.24 percent, to 24,388.95, the S&P 500 lost 62.87 points, or 2.33 percent, to 2,633.08 and the Nasdaq Composite dropped 219.01 points, or 3.05 percent, to 6,969.25. Wall Street saw its biggest weekly losses since March, led by declines in big internet and technology shares. The fall was a reversal from earlier in the day, when stocks were higher on US labor data that showed employers hired fewer workers than expected in November. That supported a view that US growth is moderating and the Federal Reserve may stop raising rates sooner than previously thought. Non-farm payrolls increased by 155,000 last month, but missed economists’ expectation for a rise of 200,000. “It is still consistent with the Fed raising short-term interest rates, said Scott Brown, chief economist at Raymond James in St. Petersburg, Florida. “But I think the main theme here is that investors are expecting the Fed to be even more gradual, a little bit more cautious, in raising interest rates in 2019.” Oil climbed after big Middle East producers in OPEC agreed to reduce output to drain global fuel inventories and support the market. US crude rose 1.42 percent to $52.22 per barrel and Brent was last at $61.39, up 2.21 percent on the day. MSCI’s gauge of stocks across the globe shed 1.11 percent. Stock markets around the world tumbled on Thursday after Canadian officials announced the Dec. 1 arrest of the chief financial officer of Chinese smartphone maker Huawei for extradition to the United States. The arrest was seen as an added threat to the resolution of a trade war between the world’s top two economies. Also contributing to this week’s sell-off were rising concerns about a US economic slowdown signaled by a flattening Treasury yield curve. The front half of the yield curve remained inverted after two-year and three-year yields rose above five-year yields for the first time in over a decade earlier this week. That inversion has stoked speculation about whether a US recession is looming. The US dollar weakened against major currencies after the US jobs data. The dollar index, which tracks the greenback against a basket of six other currencies, fell 0.17 percent, with the euro up 0.24 percent to $1.1401.