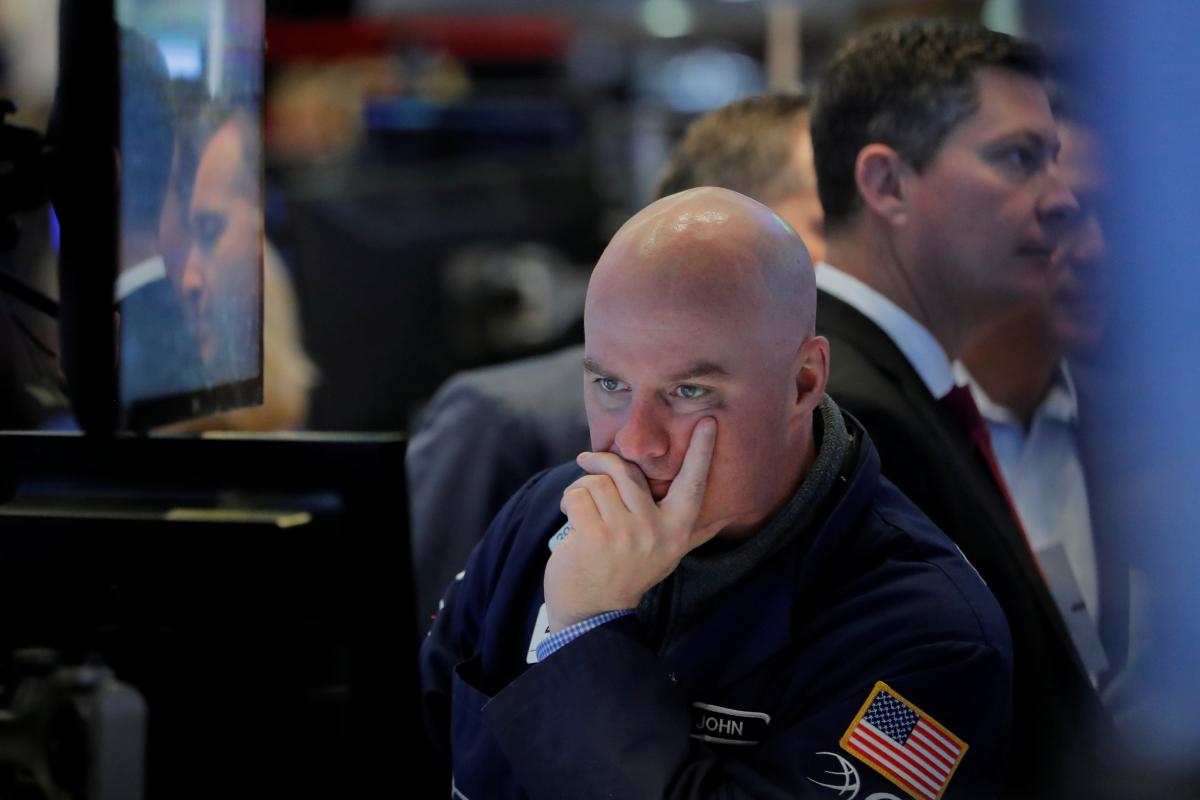 NEW YORK (Reuters) - US stocks joined a broad decline in global equity markets on Monday as traders turned cautious ahead of the Federal Reserve’s policy meeting this week and amid continuing concerns about the threat of a global trade war.

The defensiveness came as fears of a global trade war triggered by U.S. President Donald Trump’s imposition of tariffs on steel and aluminum imports cast a cloud over a two-day G20 meeting in Buenos Aires this week.

Shares of Facebook Inc (FB.O) shed nearly 7 percent after reports that a political consultancy that worked on Trump’s 2016 campaign gained inappropriate access to data on 50 million of the social network’s users. That decline helped sour investors on other technology stocks, which have led the market higher over the last two years.

“If they start to decay, then it may leave investors wondering what’s left to become the new leader to resume the bulls’ advance,” said Mark Luschini, chief investment strategist at Janney Montgomery Scott in Philadelphia.

The drop in European and U.S. indexes came as central banks appeared to be preparing for more rate hikes. A Reuters report that the European Central Bank expects a rate hike by mid-2019 started helping the euro recover from a difficult morning against the dollar.

Wall Street is looking toward the Fed’s two-day policy meeting, which concludes on Wednesday, with 104 analysts polled by Reuters expecting that the central bank will raise rates by 25 basis points to a range of 1.50 percent to 1.75 percent.

Fed Chairman Jerome Powell will hold a press conference after the meeting, his first as the central bank’s new chief.

Analysts at JPMorgan see a risk the Fed might not only add one more rate rise for this year but for 2019 as well.

“The worst case is the ‘18 and ‘19 dots both move up - the Fed is currently guiding to five hikes in ‘18 and ‘19 combined, but under this scenario that would shift to seven hikes,” they warned in a note to clients.

“Stocks would probably tolerate one net dot increase over ‘18 and ‘19, but a bump in both years could create problems.”

Any nod to four hikes would normally be considered as bullish for the U.S. dollar, yet the currency has shown scant overall correlation to interest rates in recent months.

Dealers cite concerns about the U.S. budget and current account deficits, chaos in the White House, better growth in overseas markets, particularly Europe, and the risk of a U.S.-led trade war, as among the reasons.

The prospect of higher U.S. interest rates was been a burden for non-yielding gold, which slipped 0.8 percent last week. On the day, the metal XAU= was down at $1,311.20 per ounce.