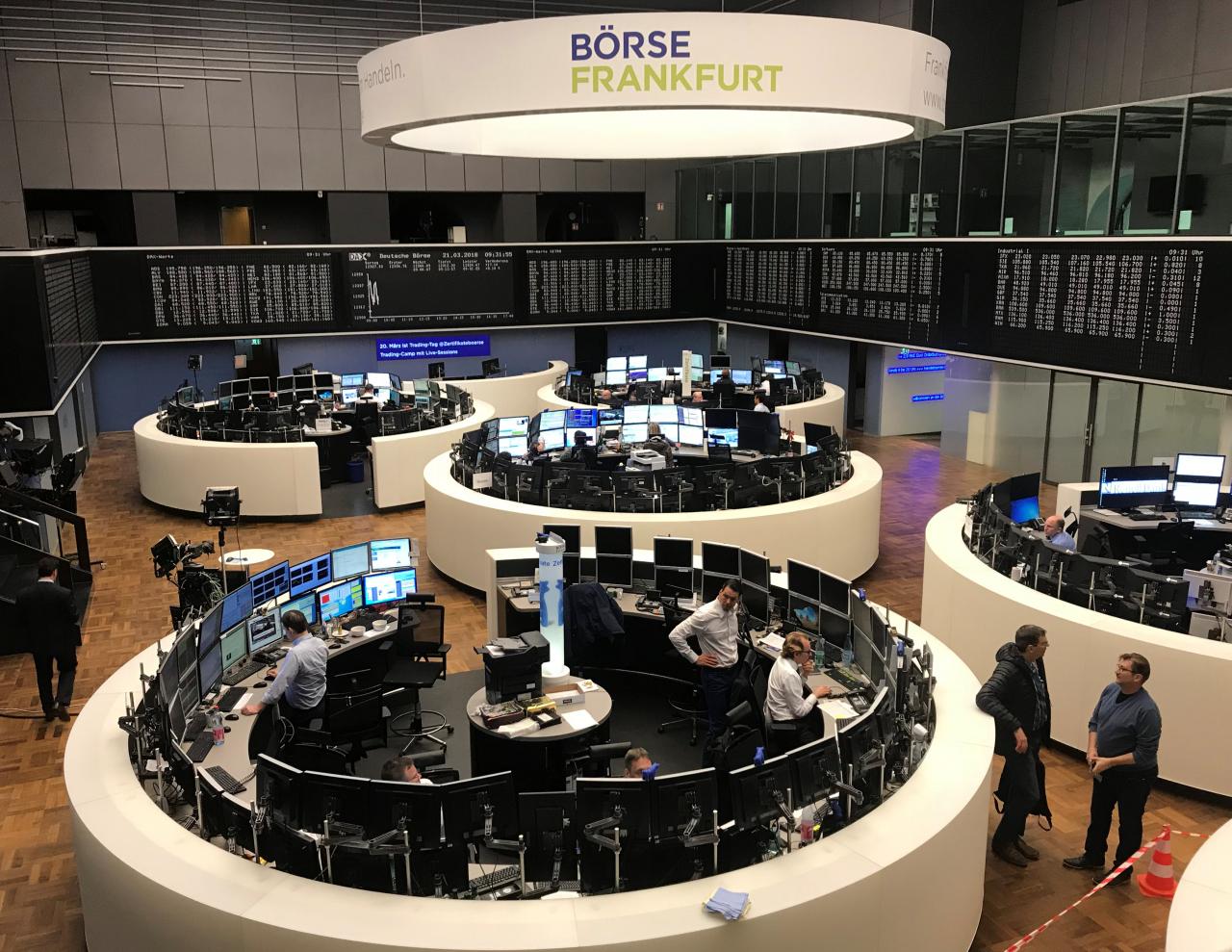 LONDON (Reuters) - The threat of a global trade war sent stock markets sliding and investors rushing for the safety of currencies like the yen and government bonds on Friday, after US President Donald Trump announced tariffs on up to $60 billion of Chinese goods.

Another bruising week for stocks .MIWD00000PUS has left global equity markets heading for their first quarterly loss since early 2016 after a spike in volatility, nervousness about rising inflation and the specter of a trade war spooked investors enjoying a multi-year bull run.

That followed large falls in the U.S., with the S&P 500 .SPX shedding 2.5 percent, and overnight in Asia, where the Japanese Nikkei 225 .N225 was the biggest loser slumping 4.5 percent.

The MSCI World Index, down 3.4 percent since Monday, is on course for its worst week since early February when a spike in volatility sent markets into a tailspin.

Trump signed a presidential memorandum on Thursday that could impose tariffs on up to $60 billion of imports from China, although the measures have a 30-day consultation period.

China urged the United States to “pull back from the brink”, but investors fear Trump’s tariffs are leading the world’s two largest economies into a trade war with potentially dire consequences for the global economy.

China disclosed its own plans on Friday to impose tariffs on up to $3 billion of U.S. imports in retaliation against the U.S. tariffs on Chinese steel and aluminum products.

“The equity markets are getting clobbered, which is not that surprising with fears of a trade war breaking out,” said Paul Fage, a TD Securities emerging markets strategist.

With investors seeking out safer assets, many jumped into government bond markets in Europe and the United States.

U.S. 10-year Treasury yields US10YT=RR, which fell almost 8 basis points on Thursday, were set for their biggest two-week fall since September. In Europe, benchmark issuer Germany’s 10-year bond yield hovered close to 10-week lows struck a day earlier at around 0.52 percent DE10YT=RR and was on track for its biggest two-week drop since August, down 13 basis points.

Many investors also turned to the yen, a currency likely to benefit from a full-fledged trade war. The Japanese currency gained 0.3 percent against the dollar to 104.95 JPY= yen, the first time it has been below 105 since November 2016.

The Swiss franc, another currency bought in times of market uncertainty, rose 0.2 percent versus the dollar CHF=, although it remained flat against the euro EURCHF=.

The dollar .DXY fell 0.2 percent against a basket of currencies.

“The FX market itself isn’t sure, and its reaction to risk-off and lower bond yields across the board is to buy the yen and the Swiss franc,” Kit Juckes, an FX strategist at Societe Generale, wrote in a daily note.

In commodity markets, oil prices recouped overnight losses after Saudi Arabia said that OPEC and Russian-led production curbs introduced in 2017 will need to be extended into 2019.

Copper and iron prices both fell, as investors bet demand for the metals would suffer in a trade war.

Daniel Lockyer, senior fund manager at Hawksmoor Investment Management, said financial markets had got ahead of themselves and were failing to price in the risk a number of factors could trigger a sell-off.

“It’s not that we thought trade wars would cause the market to fall, it’s that there was too much optimism priced into stock markets,” he said.

Elsewhere, South Africa's rand ZAR=D3 firmed 0.4 percent and was set to end the week up around 1.5 percent ahead of a decision by Moody's on the fate of South Africa's last remaining investment grade credit rating.