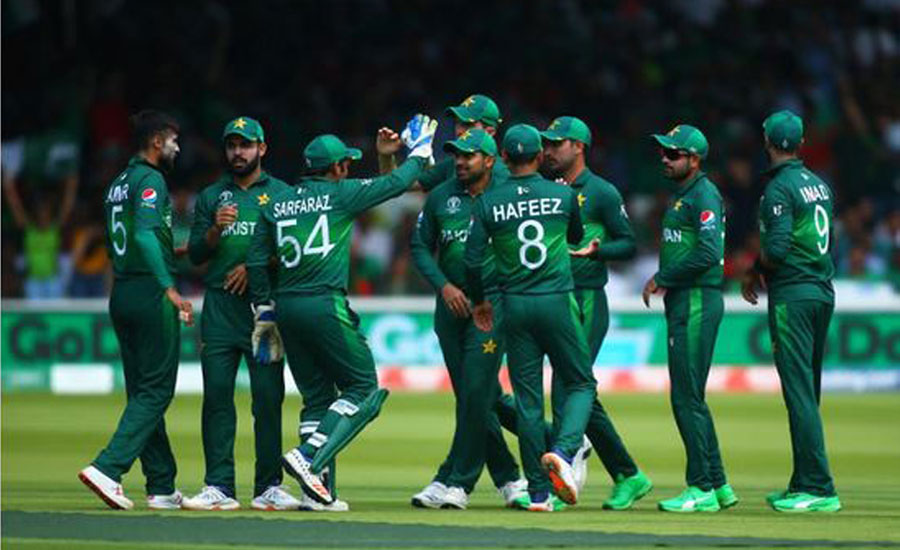 LONDON (92 News) – Gloomy Pakistan’s team will be flying back to the country on Saturday in form of groups after tragic exit from ICC World Cup 2019 at Lord’s on Friday. It is pertinent to mention here that Green Shirt were failed to register themselves in the coveted top four of the ICC World Cup. However, the Pakistani players left London to head back to the country. The players through different airlines will be arriving in Karachi, Lahore, Sialkot and Islamabad as their World Cup campaign has now come to a close. Waqar Younis, Ramiz Raja and Wasim Akram who were giving their expert opinions during the Green Shirts’ clashes throughout the tournament, will also be bidding adieu to their work. The team will depart from London’s Heathrow Airport for Dubai Airport at 8:00AM [BST], from where they will take their flights to their respective cities. Captain Sarfaraz Ahmed along with Mohammad Husnain will be leaving for Karachi. Moreover, the multiple international coaches of the team will also be flying to Lahore while head coach Mickey Arthur will be headed to South Africa and will return to Lahore after a few days, as revealed by Pakistan Cricket Board (PCB). On the other hand, Shoaib Malik, Mohammad Hafeez, Wahab Riaz and Mohammad Amir will not be returning to the country as well as bowling coach Azhar Mehmood and manager Talat Ali Malik who will also remain in England. After arrival, skipper Sarfaraz will hold a press conference on Sunday at Karachi's National Stadium and Imad Wasim and Shadab Khan in Islamabad on Monday. Moreover, Pakistan Cricket Board (PCB) has organised Babar Azam and Imamul Haq’s press conference to be held on Tuesday at Lahore's Gaddafi Stadium.