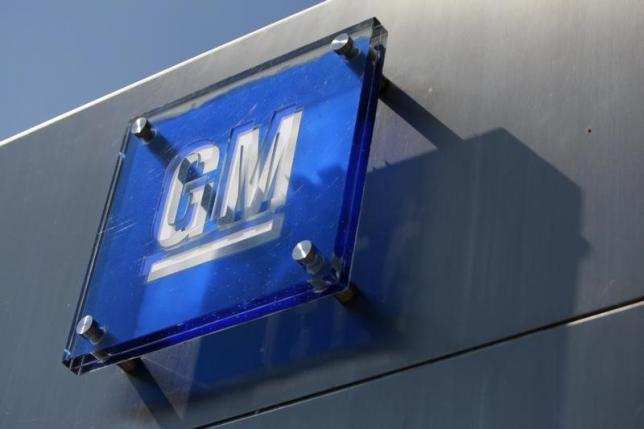 DETROIT - Buyers of General Motors Co vehicles will increasingly be able to use in-car mobile broadband systems to book hotel rooms, cut deals on driver insurance, pay for data usage and conduct a host of other transactions. And each time they do, GM will get a small cut from the seller. When the automaker began offering 4G LTE high-speed wireless connections in some cars last year, it wasn’t clear how it would generate revenue to offset the costs of the hardware. Now, as the company prepares to expand the technology to most of its 2016 U.S. models, GM is lifting the curtain on its digital business strategy. During a recent investor presentation, company executives put a number on their 4G expectations for the first time, saying they expect to reap at least $350 million in improved profits over the next three years from adding the OnStar 4G systems to its cars. GM is the first automaker to reveal its projections, but it is not alone in chasing digital profits. Its wireless partner AT&T works with seven other carmakers, including BMW, Nissan Motor and Audi, which was first to offer 4G connections in a car in late 2013. As in-car broadband usage grows, GM's estimates could turn out to be conservative, some analysts say, since the potential for revenues from in-car broadband connections are still being developed. Taking a cut of e-commerce transactions conducted on in-car systems is one obvious revenue generator, but automakers also expect that software upgrades pushed through a broadband connection will one day save them hundreds of dollars per car in repair costs. And they are looking at developing other features as well, such as automatic order placement when a car approaches its driver's favorite coffee shop or fast-food outlet. IHS analyst Mark Boyadjis estimates GM could add about $439 million in profits from 4G over the next three years. And that figure doesn't include lower warranty costs related to services driven by high-speed connections, a number that by itself could dwarf that estimate, he said. By the end of 2020, Gartner analyst Thilo Koslowski expects as much as 80 percent of all new vehicles will be sold with connectivity and automakers will make a tenth of their revenue from these services. GM and the rest of the auto industry want to avoid ceding control of revenue or customer allegiance to companies like Google and Apple. All major automakers are investing heavily in hardware and software to connect drivers to the mobile web. But it hasn't been clear how the manufacturers would generate revenue from their connected cars, or how that money would be divvied up. GM debated whether it was wise to publicly reveal its profit target, Phil Abram, GM's point man on connected car strategy, said in an interview. In the end, he said, the company decided that pulling back the curtain was "part and parcel with painting a vision for the future." It also could help GM with investors who question whether it risks being undermined as cars become increasingly digital devices. Tesla Motors has long used over-the-air updates on its Model S software. Last month, the electric carmaker said it would offer automatic steering through a software update in three months, and it took similar approaches previously to prevent overheating in its charging systems and increase ground clearance to avoid road debris. Networking equipment giant Cisco Systems estimates automakers could generate at least $300 per car per year in improved profits - more than the estimated profits for many small cars. And that is before tapping China and Europe, where GM will launch 4G later this year. One risk is that consumers will simply use their own smartphones, bypassing the automakers. But Abram expects that if carmakers offer an easy-to-use product "people are inherently looking for the path of least resistance." Citi analyst Itay Michaeli, who earlier this year valued GM's OnStar as high as $9 billion, foresees the ability to sell services and features long after the initial car purchase. "There's an under-appreciation of what OnStar is morphing into with 4G LTE." - REUTERS