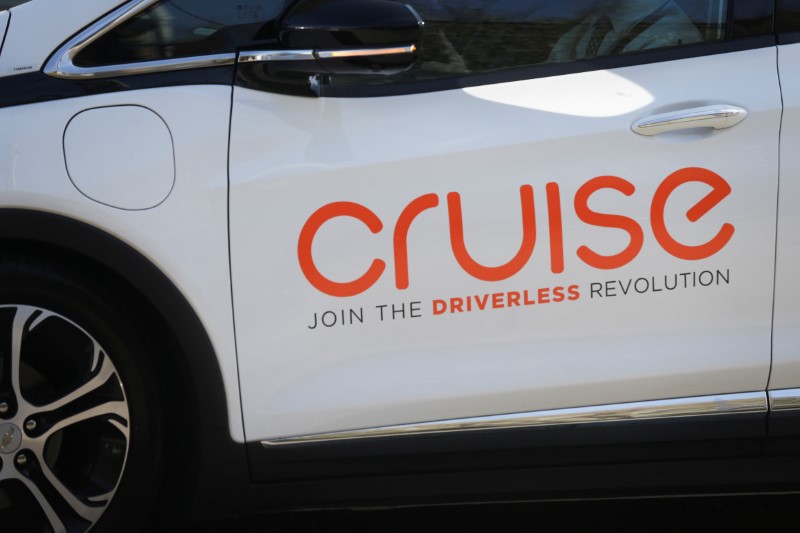 WASHINGTON (Reuters) - General Motors Co said on Thursday it will invest more than $100 million in two facilities as it prepares to build production versions of its Cruise self-driving car next year at its Orion Township assembly plant in Michigan.

The largest US automaker also said roof modules for GM’s self-driving vehicles will be assembled at its Brownstown Battery Assembly plant.

In January, GM filed a petition seeking US government approval for a fully autonomous car - one without a steering wheel, brake pedal or accelerator pedal - to enter the automaker’s first commercial ride-sharing fleet in 2019.

The US National Highway Traffic Safety Administration (NHTSA) has been reviewing the petition for more than two months and has not yet deemed it “complete” - a step before it releases details of the proposal. A final decision might not come until later this year or 2019.

GM is part of a growing throng of vehicle manufacturers, technology companies and tech startups seeking to develop so-called robo-taxis over the next three years in North America, Europe and Asia. Most of those companies have one or more partners.

NHTSA said in January that GM had petitioned for approval to operate up to 2,500 vehicles without steering wheels or human drivers.

Other companies, from Uber Technologies Inc  to Alphabet Inc’s Waymo, have been testing self-driving vehicle prototypes in limited ride sharing applications, but have been less explicit than GM in announcing plans for commercial robo-taxi services.

GM said earlier the automaker had asked NHTSA to allow 16 alterations to existing vehicle safety rules - such as having an airbag in what would normally be the driver’s seat, but without a steering wheel - to enable the deployment of the Cruise AV.

The automaker would then need to obtain similar approval from individual US states.

GM executives have said seven US states already allow the alterations sought by the automaker. In other states - including those that stipulate a car must have a licensed human driver - GM will work with regulators to change or get a waiver from existing rules.