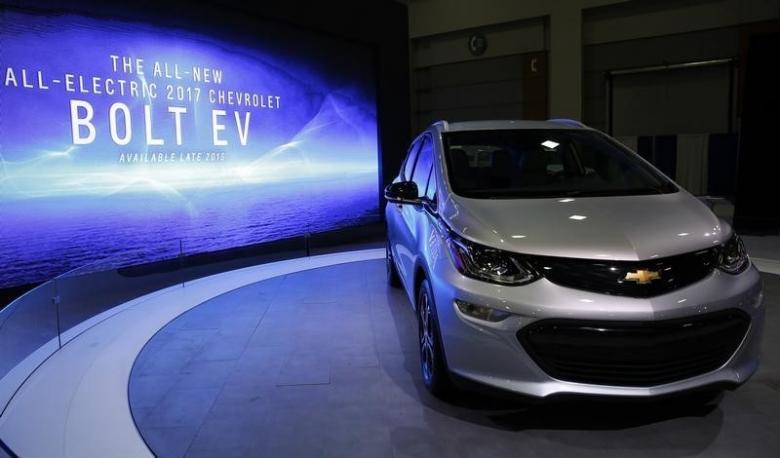 WASHINGTON - General Motors Co said on Tuesday its electric subcompact Chevrolet Bolt EV will have an average range of 238 miles on a full charge, farther than rival Tesla Motors Inc expects for its upcoming Model 3. The Bolt EV will be launched in a few months, nearly a year before the Tesla Model 3, with a starting price for U.S. consumers of $37,500. That is similar to the announced starting price for the Model 3, which Tesla has said will have a range of about 218 miles. The Bolt is poised to be the first affordable fully electric car with at least 200 miles of driving range per charge, and a cost of less than $40,000. Tesla’s Model S and Model X offer driving ranges of more than 200 miles, but prices start at about twice the Bolt’s. The average selling price for a new vehicle in the United States is about $31,000, and GM reported that in August, its vehicles were sold to U.S. consumers at an average of $36,730. These prices reflect discount incentives to spur sales, which are not normally generous or even available for the newest of models. GM shares were down 0.7 at $30.97 in early trading on Tuesday while Tesla's shares were down 1.4 percent at $195.43. GM has said that the Bolt, along with the plug-in hybrid Chevrolet Volt, will be made available to drivers of the ride-hailing service Lyft Inc, in which GM has invested half a billion dollars. Tesla and its chief executive, Elon Musk, are counting on the Model 3 to put a shine on the future of the company. Musk hopes the Model 3 will be the company's first truly mass-market vehicle, and said in July it will generate $5 billion in gross profit on annual revenue of $20 billion once production ramps up to half a million cars a year. "It's possible to fund quite a bit with that," Musk said in July, referring to the expected profit. -Reuters