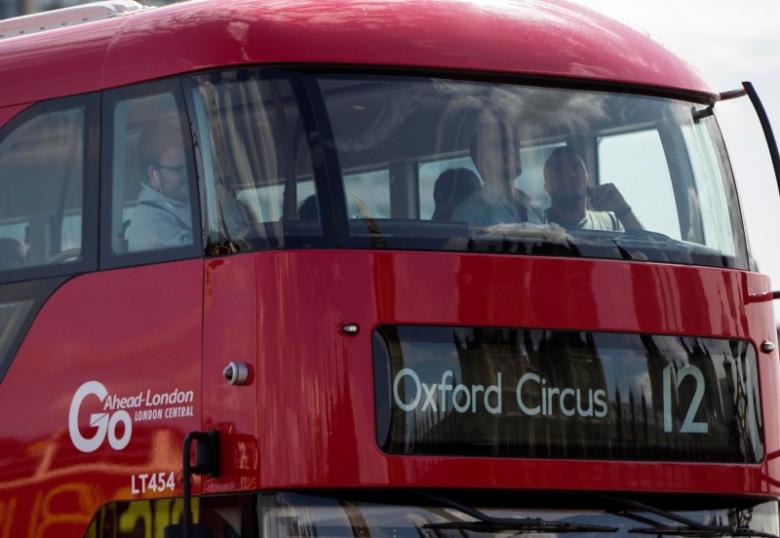 LONDON - Transport company Go-Ahead reported a 17 percent rise in annual profit as its bus unit and two smaller rail contracts offset declines in its biggest train business, the faltering GTR network which includes the strike-hit Southern service. Govia Thameslink Railway, in which Go-Ahead holds 65 percent alongside France's Keolis and which runs trains in to London, has been criticised by passengers, the media and politicians after months of strikes, cancellations and delays. But Go-Ahead Chief Executive David Brown defended the company's annual adjusted operating profit of 157.4 million pounds ($209 million), which topped an average forecast of 153.6 million. Brown said the group's other operations in London buses and trains in central England and elsewhere were subsidising GTR's losses. "GTR, that's the problem franchise that we've had for a little while. It doesn't contribute to our profits," he said in an interview on Friday. "I can't apologise for doing what I set out to do in other parts of the business because that's where the profits have come from." Disruption on the GTR network, where the redevelopment of London Bridge station has been more complex than expected and caused many more delays than forecast, forced Go-Ahead to warn in June that the seven-year rail contract would produce margins nearer to 1.5 percent, compared with the 3 percent it previously expected. Shares in Go-Ahead, whose rail services carry about a third of all passengers across Britain, climbed 7 percent to 2,146.5 pence at 0755 GMT, having slumped by as much as a quarter since mid-June on the warning over margins and negative headlines. "Operational challenges continue for GTR but we think bus activities alone should be worth about 2,500 pence per share," Jefferies analyst Joe Spooner said in a note. Britain privatised its rail services in the 1990s but poor service on networks like GTR plus consumer perceptions of unreasonably high fares have resulted in polls showing a majority Britons favour renationalisation, something championed by the leader of the opposition Labour party, Jeremy Corbyn. Mayor of London Sadiq Khan said in July state-owned Transport for London should take over running Southern, while big profits at transport companies could strengthen the feeling among some voters that rail should return to state hands. The outlook for growth is not as rosy for next year, Brown forecast. "We think it's going to be very steady and very similar to this year," he said when asked about next year's bottom line. The company brought its results forward so that they did not coincide with another strike on the Southern network starting on Sept. 7. -Reuters