To go forward, Europe must lift up its left-behind, ECB's Draghi says 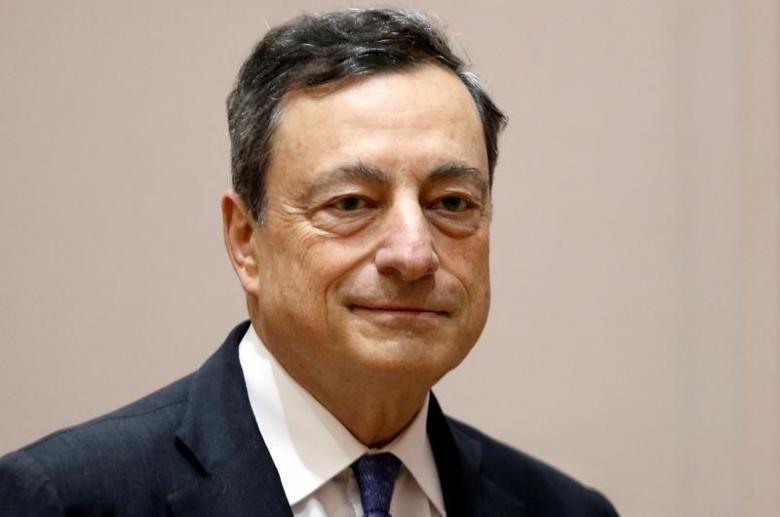 To go forward, Europe must lift up its left-behind, ECB's Draghi says

LONDON - The quest for wealth and power is leaving parts of European society behind and the European project is at risk if the benefits of integration are not shared, the head of the European Central Bank said on Tuesday in a rare political address. Calling for fairness, redistribution and moderation, Mario Draghi warned that the fragmentation of society could leave the single market unfinished -- potentially the "most dangerous option" that could lead to some reversal of integration, he said in Trento, Italy. With the European Union's periphery from Greece to Spain reeling from nearly a decade of economic misery, some leaders have argued that Europe has lost its social ideals, focusing on rigid rules and number-crunching and giving populist fringe parties fertile ground to thrive. "We must devote more attention to the redistributive aspects of integration," Draghi said. "I do not think there will be significant progress in terms of opening up markets and competition if Europe does not listen to the demands of those left behind by a society built on the pursuit of wealth and power." "Recent discussions about tax fairness and a European unemployment insurance fund, about professional retraining funds and other projects with the same idealistic goals, all go in this direction," he added. Reeling from Britain's shock decision to leave the bloc, itself blamed by many on voters' feelings of being left behind, European Union leaders will meet in Bratislava later this week, hoping to chart a new course and shed an image that Brussels has become insensitive to the struggles of many. With many nations still unable to revive growth, the ECB has provided extraordinary stimulus in recent years, coming under fire from all sides, with some arguing that its policies disproportionately benefit the wealthy and others saying that it is rewarding years of economic mismanagement. The central bank has done more than most other institutions to hold the 19-country euro area together through years of crises, however, exhausting much of its firepower and leaving it with little ammunition in case of renewed turmoil. In a passionate defence of Europe, Draghi said integration was essential in areas like environmental protection, migration, security and defence, even if some policy areas need to be left with national jurisdictions. But such integration should be linked to people's immediate concerns and should concern matters of European or global significance, Draghi added. If the single market is left unfinished and fails to safeguard freedom and fairness, national borders will ultimately be restored, a danger to the open society, Draghi warned. -Reuters