Goals galore as Bournemouth and Watford play out 3-3 draw 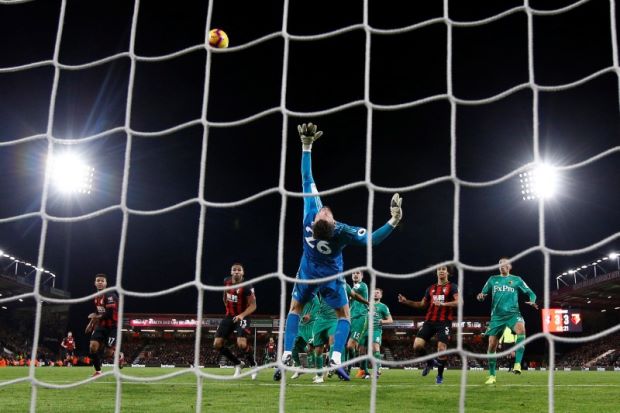 Goals galore as Bournemouth and Watford play out 3-3 draw

(Reuters) - Bournemouth and Watford produced a frantic flurry of first half goals, with visiting captain Troy Deeney scoring twice, in a 3-3 Premier League draw at the Vitality Stadium on Wednesday. With the kick-off delayed by 15 minutes because of a fire alarm in the East Stand, the real sparks were produced on the pitch. Deeney opened the scoring in the 14th minute for eighth-placed Watford with a low header into the bottom corner and made it 2-0 from just inside the area in the 27th. The Bournemouth fans did not have long to wait for a reply, with Nathan Ake pulling one back in the 34th and Callum Wilson then equalising with a header at the near post three minutes later. That was just the beginning, with Ken Sema making it 3-2 to Watford in the 39th and Ryan Fraser again equalising in the 40th — four goals in the space of six minutes. Watford at least ended an unwanted seven-year sequence of losing their opening game of the New Year while Bournemouth ended the evening in 12th place.