Gold holds above $1,200, but US rate hike worries weigh 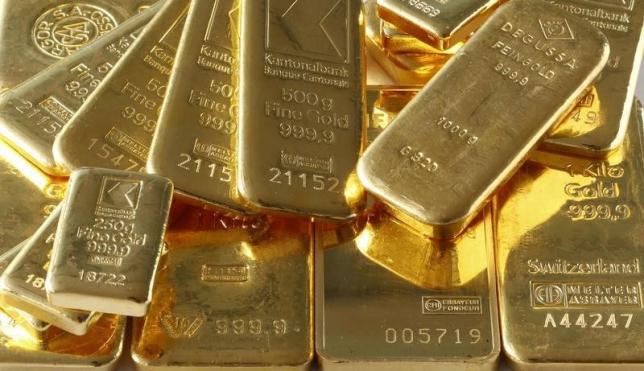 Gold holds above $1,200, but US rate hike worries weigh

SINGAPORE – Gold steadied above $1,200 an ounce on Monday after rising more than 1 percent in a chart-based rebound the session before, but persistent concern that the US central bank is on course to lift rates this year should cap any gains. Federal Reserve official Jeffrey Lacker repeated on Friday his call for the US central bank to consider hiking interest rates in June, and said there was no shame in adjusting them lower again if economic data demanded it. Spot gold was flat at $1,206.93 an ounce by 0212 GMT. Bullion climbed 1.1 percent on Friday as bulls attempted to push the price past the $1,210 resistance level. U.S. gold for June delivery was up 0.2 percent at $1,207.20 an ounce. The timing of the first U.S. rate hike in nearly a decade remains the "key wildcard" for gold, said Barnabas Gan, analyst at OCBC Bank. "If the Fed rate hike doesn't occur in June and if the (next) labour print doesn't come in as good as the market expects, gold could rise up to $1,250," said Gan. U.S. jobs grew at the slowest pace in more than a year in March, sending gold to a seven-week high of $1,224.10 on April 6 amid speculation the Fed could delay the rate increase. Hopes of a delay pushed hedge funds and money managers to raise their bullish bets on COMEX gold futures and options for the second straight week during the week ended April 7, US Commodity Futures Trading Commission data showed on Friday. Demand in No. 2 gold consumer China remained tepid with the premium on physical gold on the Shanghai Gold Exchange at just above a dollar over the global spot benchmark on Monday from a small discount late on Friday. The state-run Shanghai Gold Exchange said it was working on launching new price benchmark fixing products. Sources said in February that the bourse would launch a yuan-denominated gold fix this year as China, the world's top gold producer, seeks to gain more of a say over pricing. –Reuters