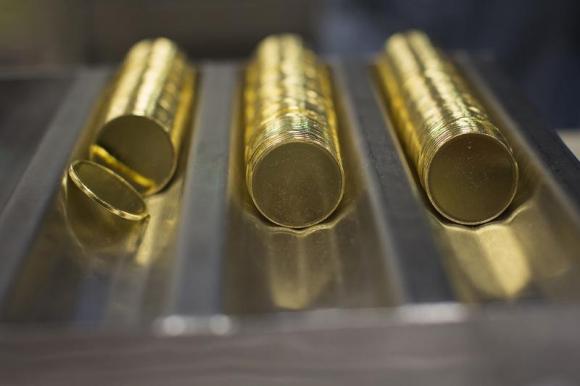 SINGAPORE  - Gold held below $1,200 an ounce on Friday and was headed for a fifth weekly decline in six, with he dollar near 11-year highs on expectations of strong US jobs data and an interest rate hike. FUNDAMENTALS * Spot gold XAU= was little changed at $1,199.61 an ounce by 0028 GMT, after falling for four straight sessions to Thursday. The metal is down about 1 percent for the week. * All eyes were on the US nonfarm payrolls report due later in the day to gauge the strength of the economy and how that will affect the timing of any interest rate hike by the Federal Reserve. * Higher rates could hurt demand for non-interest-bearing assets such as gold and further boost the dollar. A stronger greenback also dents bullion's appeal as a safe-haven. * Analysts polled by Reuters expect US payrolls to have increased 240,000 last month and the jobless rate to have ticked down to 5.6 percent from 5.7 percent. * The dollar hovered at 11-year highs against a basket of major currencies early on Friday. [USD] * It was also helped by weakness in the euro, which stayed under pressure after the European Central Bank said it would kick off its 1 trillion euro bond-buying programme next week. * Investor sentiment towards gold has been bearish lately. SPDR Gold Trust (GLD), the world's largest gold-backed exchange-traded fund, saw its holdings drop to a one-month low of 760.80 tonnes this week, having posted a near 8-tonne fall on Monday, its biggest one-day outflow for the year. –Reuters