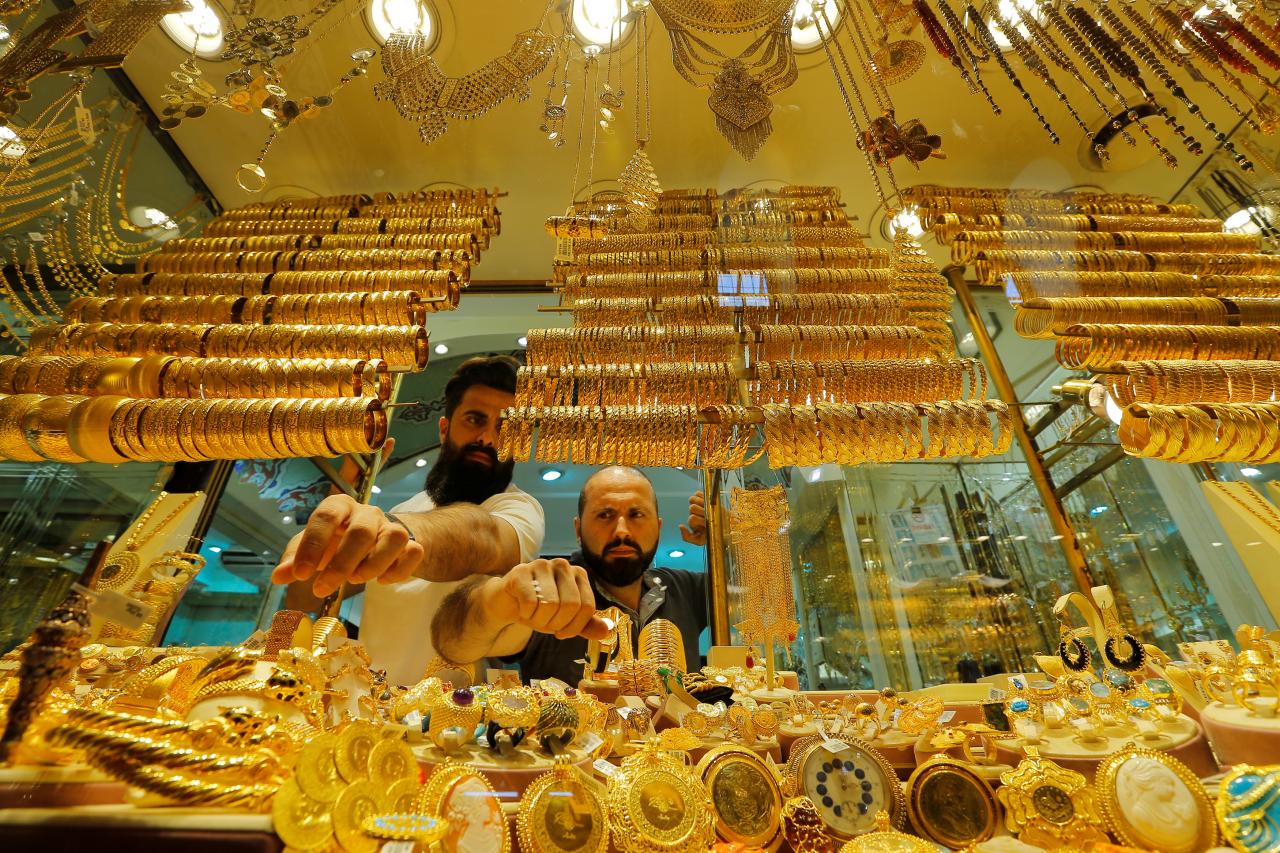 BENGALURU (Reuters) - Gold prices edged higher on Tuesday, supported by hopes that the US Federal Reserve could pause its rate hike cycle sooner than expected and as the dollar slipped after the previous session’s rally. Spot gold was up 0.2 percent at $1,247.26 per ounce, as of 0719 GMT. It touched its highest in nearly five months at $1,250.55 in the prior session. US gold futures were 0.2 percent higher at $1,252.1 per ounce. “Weakening US dollar outlook and very dovish pivots from the Fed, a lot of uncertainty boxed around equity markets... It can still turn quite negative, so this is why gold remains a good hedge against a lot of market risks,” said Stephen Innes, APAC trading head at OANDA in Singapore. “I am very bullish on gold in this setup into 2019.” The dollar index, a measure of the greenback’s strength versus a group of six major peers, edged lower after rallying in the previous session as a vote on Brexit deal was postponed. “Gold is likely to be the best safe haven than the dollar at the moment,” said Hareesh V, head of commodity research at Geojit Financial Services in Kochi, India, adding that some of the economic events were likely to affect the interest rate hikes that could weigh on the dollar in the coming month. Investors are now focused on the U.S. Federal Reserve’s Dec. 18-19 policy meeting for clues on future rate hikes. The Fed’s plans to continue raising interest rates next year were met with more skepticism on Wall Street on Monday, with futures traders betting on a pause and one major bank partially walking back a hawkish prediction. “Markets still see an increase in December but even one further hike in 2019 is now being questioned whereas two of them were fully priced in just a month ago,” said Ilya Spivak, a currency strategist for DailyFX. Lower interest rates reduce the opportunity cost of holding non-yielding bullion and weigh on the dollar. “Technically, the break of $1,250 will be very significant... $1,250 is a very key point and on the bottom it’s $1,240,” OANDA’s Innes said. Meanwhile, hedge funds and money managers trimmed their net short positions in Comex gold and silver contracts in the week to Dec. 4, the U.S. Commodity Futures Trading Commission (CFTC) said on Monday. Among other precious metals, spot silver was up 0.3 percent at $14.58 per ounce, while palladium was unchanged at $1,217.50. Platinum was down 1 percent at $777.00 per ounce. Prices had slipped to their lowest since Sept. 10 at $773.50 in the previous session.