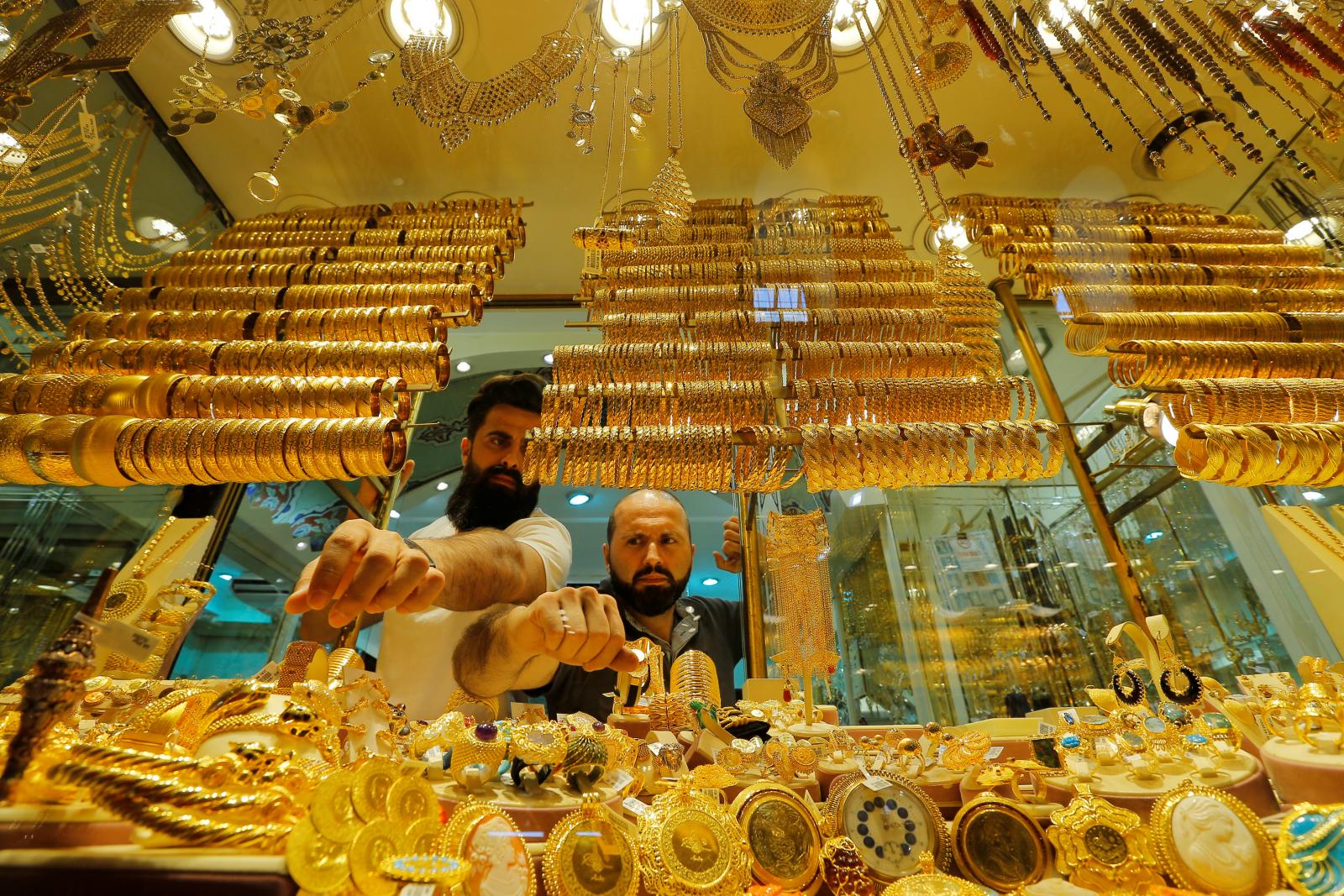 BENGALURU (Reuters) - Gold prices were steady on Monday, having touched a fresh five-month peak early in the session, as the dollar weakened after a soft U.S. jobs report fuelled speculation that the Federal Reserve may stop raising interest rates sooner than expected. Spot gold was steady at $1,247.99 per ounce, as of 0700 GMT, after hitting its highest since July 11 at $1,250.55 earlier in the session. U.S. gold futures rose 0.1 percent to $1,254.4 per ounce. Weak data points from the United States have been putting pressure on the dollar index which is proving to be positive for gold, said Ajay Kedia, director at Kedia Commodities in Mumbai, adding that: “we expect a resistance level of $1,270 before the upcoming Fed meet.” The dollar slid against the euro and the yen after data showed U.S. non-farm payrolls increased by 155,000 jobs last month, below economists’ median forecast of 200,000 jobs, and the wage increase was softer than expected. Some Fed policymakers have struck a cautious tone about the economic outlook, possibly flagging a turning point in the monetary policy. The Fed is widely expected to raise interest rates at its Dec. 18-19 meeting, but the focus is on how many rate hikes will follow in 2019. Gold tends to gain when rate hike expectations recede because lower rates reduce the opportunity cost of holding non-yielding bullion. Lower interest rates also tend to weigh on US yields and the dollar, in which gold is priced. “There is also some safe-haven demand coming back in gold,” said Argonaut Securities analyst Helen Lau. Global stocks extended their slump on worries over slowing growth and fears that a fresh flare-up in tensions between U.S. and China could quash chances of a trade deal. “A number of tailwinds are in place for it (gold) to move significantly higher during the month including falling U.S. interest rates, a declining or at least a stalling dollar, wobbly U.S. equity markets,” INTL FCStone analyst Edward Meir said in a note. “Over the course of December, we see prices trading between $1,230-$1,285 per ounce.” Meanwhile, holdings in SPDR Gold Trust, the world’s largest gold-backed exchange-traded fund, rose 0.20 percent to 759.73 tonnes on Friday. Spot gold may rise into a range of $1,258-$1,266 per ounce, as it has broken a resistance at $1,245, according to Reuters technical analyst Wang Tao. Among other precious metals, spot silver was down 0.4 percent at $14.56 per ounce, while palladium slipped nearly 1 percent to $1,212.00. Platinum inched up 0.1 percent to $790.70 per ounce. Prices had slipped to their lowest since Sept. 12 at $779 in the previous session.