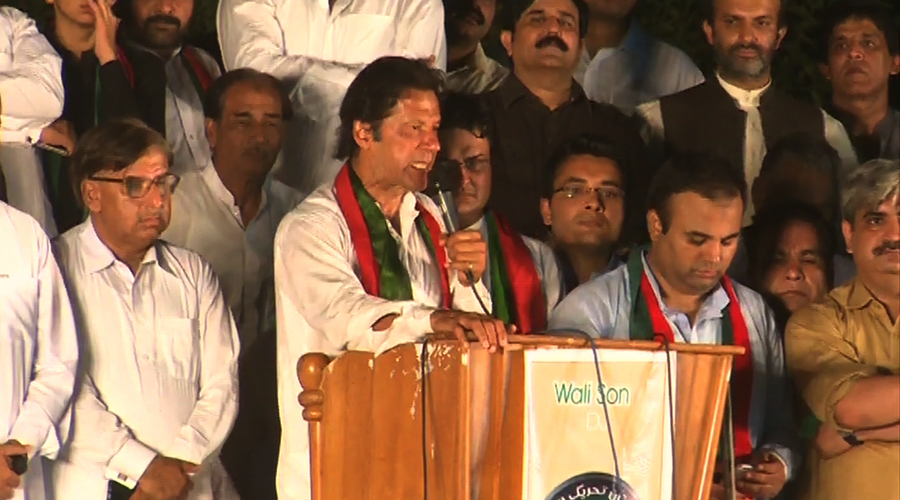 CHICHAWATNI (92 News) – PTI chairman Imran Khan has sad that the prime minister destroyed the institutions like the FBR, the NAB and the FIA. Addressing an election meeting in NA-162 Chichawatni on Friday, he said that the golden period was not away if they defeated the corrupt mafia. “Today we have a golden opportunity to make a new Pakistan,” he said. He said that NA Speaker Ayaz Sadiq should tell what price he received for selling his consciousness. “The Panama issue has been lingering for the last five months, but no one held the PM accountable,” he said. He alleged that the FBR chairman sends Rs 250 million to Dubai each month. “Nawaz Sharif is not answering to the Panama Leaks,” he added. Imran Khan said that the N-League people knew that their leader is corrupt, but they are silent.