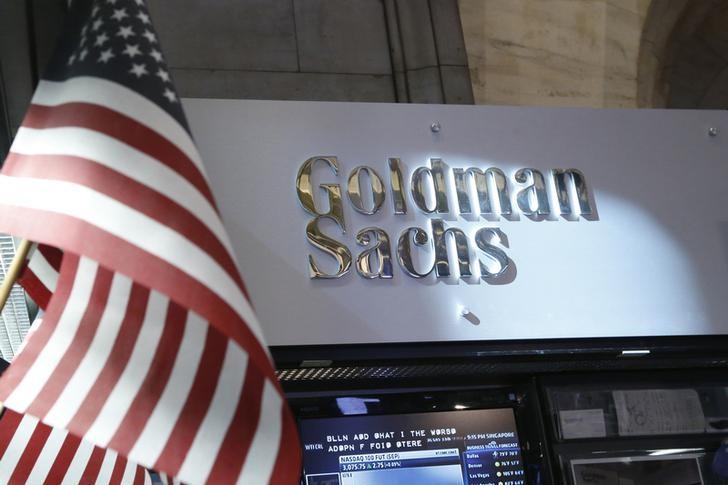 NEW YORK - Goldman Sachs Group Inc, JPMorgan Chase & Co and a group of other financial institutions including inter-dealer broker ICAP Plc's venture arm are finalising an investment in blockchain startup Axoni, people familiar with the deal said this week. The investment will be in a range of $15 million to $20 million (12.10 million pounds to 16.13 million pounds), one of the people said. It is expected to be announced this week, said the sources, who spoke on the condition of anonymity because they were not authorized to speak publicly. A representative for Axoni declined to comment on the record when reached by phone. The Axoni deal represents the latest Wall Street effort to gain traction with blockchain, which first emerged as the system underpinning digital currency bitcoin. The technology creates a shared electronic ledger that allows all parties to track information through a secure network, with no need for third-party verification. Wall Street is betting blockchain and similar tools can be used to help slash some of their transaction processing and back-office costs. Axoni is a New York-based technology company that helps banks and other institutions develop blockchain software to run capital markets processes. Over the past six months, it has run a number of high-profile experiments with some of the financial industry’s largest players, in areas such as post-trade processing of credit default swaps and foreign exchange. The Axoni investment comes a month after rival blockchain company R3 CEV reduced the amount it is aiming to raise in a new funding round to $150 million from $200 million. In February, Goldman Sachs and JPMorgan were among the investors in a $60 million funding round in Digital Asset Holdings, a New York-based blockchain startup run by former JPMorgan commodities chief Blythe Masters. In October, Axoni announced that nine firms including Barclays Plc, Credit Suisse Group AG and JPMorgan had conducted a successful test using its blockchain-based software on post-trade processing of over-the-counter-swaps. The group also included Thomson Reuters Corp, the parent company of Reuters. Earlier in the year, Axoni worked with ICAP to test a blockchain service for foreign exchange and with another group of firms to run post-trade processing for credit default swaps. -Reuters