Golf: An puts Asia on the map with Australian Open lead 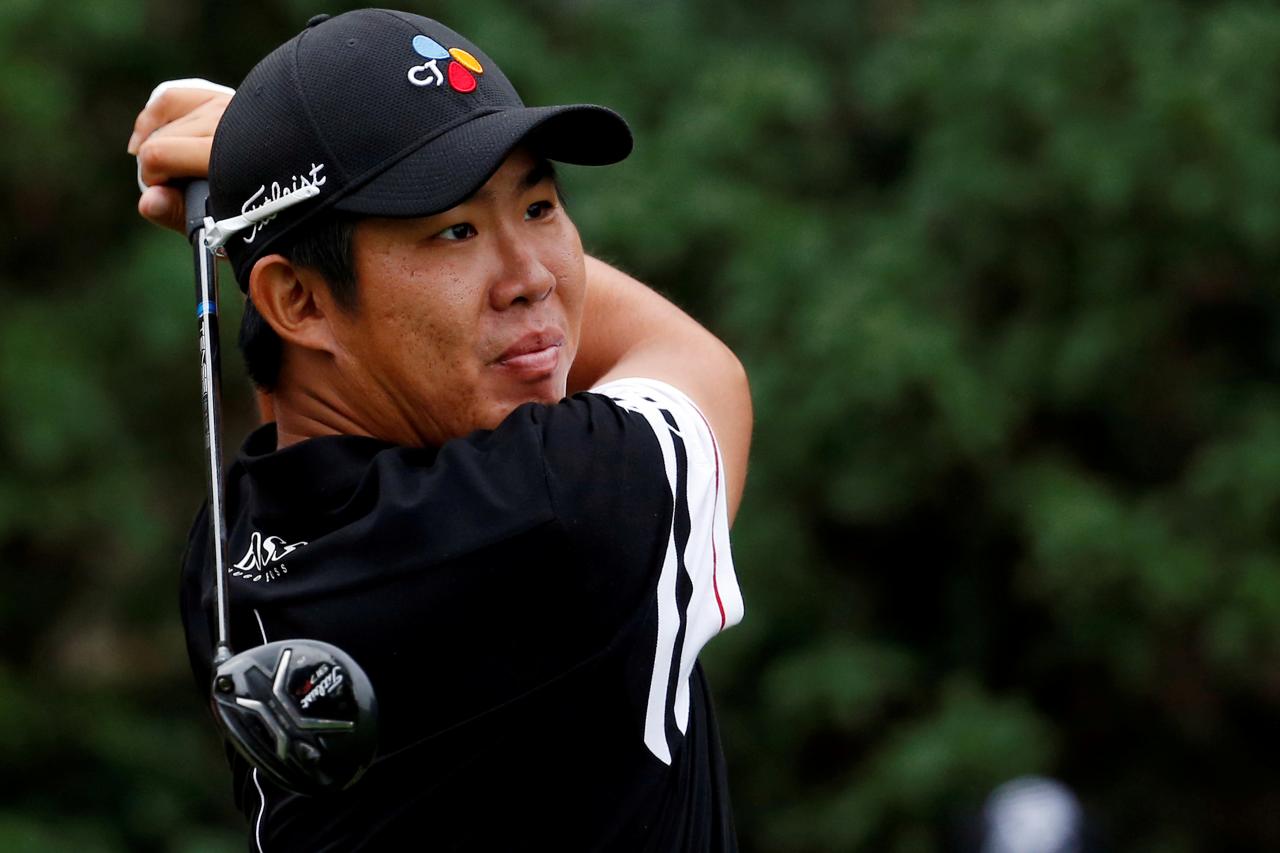 Golf: An puts Asia on the map with Australian Open lead

SYDNEY (Reuters) - South Korea’s An Byeong-hun eagled his penultimate hole to take a one-stroke lead after the opening round of the 104th Australian Open at a wet and windy Lakes Golf Club on Thursday. An, aiming to become the first Asian to lift the Stonehaven Cup, snaked a putt uphill into the hole from 25 feet with his third shot at the par-five eighth which, combined with five birdies and two bogeys, gave him a five-under-par 67. That was enough to give the former US Amateur champion a one-stroke advantage over Australians Matt Jager, who also bagged an eagle, and amateur David Micheluzzi, who was making his debut at his home Open. “It was good overall, everything was good,” said An, the son of two 1988 Olympic table tennis medallists. “There are a lot of holes with the side winds and you have to judge it perfectly. I think I got lucky with tee time today playing the back nine first when the wind was a bit less than on the front nine.” Mexican Abraham Ancer made light of his long journey to Sydney after playing on home soil at the Mayakoba Classic last weekend by brushing off a couple of early bogeys with five birdies on the back nine for a 69. Australians Marcus Fraser, Adam Stephens, Dimitrios Papadatos also shot 69s before the worst of the rain swept over the course, and they were later joined in a share of fourth by compatriots Blake Proverbs and Cameron Percy. Matt Kuchar, the highest-ranked player in the field and the winner of last weekend’s Mayakoba Classic, had one of the better rounds among the late starters, mixing two early bogeys with four birdies for a two-under 70.

“They were very tough conditions,” said the world number 29, who ended up in a share of 10th. “That first hole was playing so hard and I was thinking we’re in for a long day. Thankfully, I escaped with a bogey on the first hole and played some pretty good golf from then on in.” Kuchar’s fellow American Keegan Bradley shot a level par 72, while two other PGA Tour regulars Brandt Snedeker and Brendan Steele went one-over for their rounds. That was one better than Cameron Smith, the highest ranked Australian in the field in the absence of Jason Day, Adam Scott and Marc Leishman. Cameron Davis endured a nightmare start to his title defence with a quadruple bogey after dumping two balls into the water at his first hole. The young Australian followed that with a double bogey at the second and a bogey at the third and only partially undid the damage with four birdies, signing for a 76. “I hung in there well,” he said. “To be honest, I had no idea what was going on with the first three. “As soon as I heard my name on the first tee, my legs were a little bit jelly and tried to hit it a little too hard probably.”