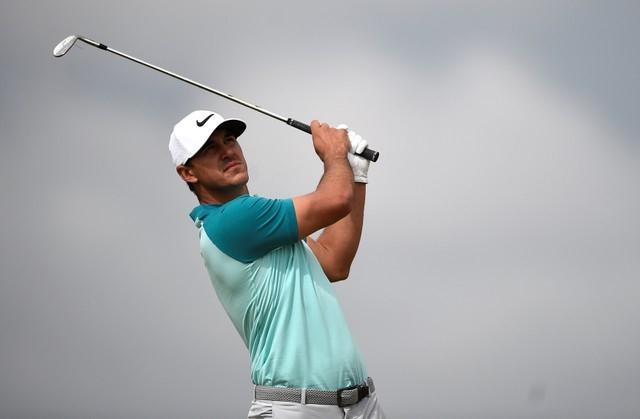 TOKYO (Reuters) - Defending champion Brooks Koepka will take a four-stroke lead into the final day of the Dunlop Phoenix Tournament after firing a sizzling seven-under-par 64 in the third round on Saturday.

The U.S. Open champion mixed eight birdies with a single bogey at Phoenix Country Club in Miyazaki to move to 16-under 197 for the tournament, four shots better than South Korean Lee Sang-hee, whose 66 was good enough for second place.

Koepka’s compatriot Xander Schauffele hit five birdies and a single bogey in his 67 for third place on 11-under, with another South Korean, Ryu Hyun-woo, a shot further back in fourth after a 69.

Japan’s world number four Hideki Matsuyama bogeyed his penultimate hole to drop to a level-par 71 and sixth place on eight-under, a stroke behind his fifth-placed compatriot Toshinori Muto (68).

Koepka, who has made retaining a title one of his goals for the year, picked up a shot at his final hole on Friday to take a one-shot overnight lead and continued in the same vein with birdies at his first two holes on Saturday.

A couple more at the fifth and seventh took him well clear of the field at the turn and, after his single blemish at the par-four 12th, he picked up four more strokes on the way home.