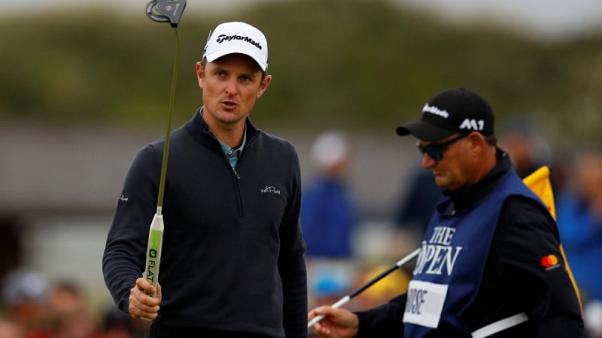 LONDON (Reuters) - World number six Justin Rose will compete in the final event of this year’s Asian Tour at the Indonesian Masters in December, the tournament organisers said on Tuesday. The Indonesian Masters is held at the Royale Jakarta Golf Club from Dec. 14 to 17 and will decide the Asian Tour Order of Merit winner, who receives direct entry into the British Open and World Golf Championships next year. Briton Rose won back-to-back titles in Turkey and China before last week’s DP World Tour Championship, where he looked set to become the Race to Dubai champion before capitulating on the final day to hand Tommy Fleetwood the title. “This will be a great way for me to end the year, playing in one of the Asian Tour’s premier events, and playing in Indonesia for the first time. It is an exciting opportunity,” the former U.S. Open champion said. “It has been an incredible year with two victories coming at once and I hope to make it a hat-trick of wins in 2017 at the Indonesian Masters.” Thai Poom Saksansin lifted the trophy last year with a five-shot victory to clinch his first Asian Tour title.