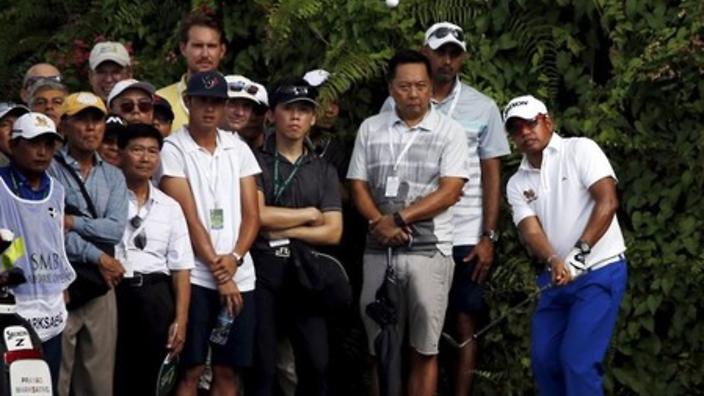 LONDON (Reuters) - Thailand's Prayad Marksaeng will be happy to just play all four rounds of a British Open for the first time when he makes his sixth appearance in the tournament at Royal Birkdale next week.

The 51-year-old won his 10th Asian Tour title at the Singapore Open in January to qualify for the year's third major, which will tee off at the Merseyside course on Thursday.

"It is very difficult to make the cut because the course and weather is very different," Prayad, who is playing in his first British Open since 2012, told the Asian Tour.

"Every year, I will be in the last or first groups and I will be playing in the wind or rain. If I can make the cut, I will be very happy.

"This will be the sixth time I will play in The Open. I feel that my game is very good and in good shape. But like I said, it will be windy, cold and raining, so it won't be easy to control the ball. It will be a very difficult week."

Prayad is also ready to tweak his club selection to allow for the wet and blustery conditions expected at the testing par-70 links course.

"Maybe I'll take a two-iron with me and hit low ball flights," added Prayad, whose best performance in a major was a tie for 15th at the 2008 PGA Championship.

"My natural ball flight is high so that's my problem.

"Physically, I feel good. My mental game is also strong. I enjoy playing golf so I don't feel stress," he said.

"I keep walking fast on the course and don't feel like a senior. I have a natural swing and don't use much power, so that helps a lot.

"I am very happy because I can still play with the young boys. The only difference in my game 10 years ago? Maybe I putted better but overall, my game is good."

Prayad will be joined in the tournament by Thai compatriots Thongchai Jaidee and teenager Phachara Khongwatmai.