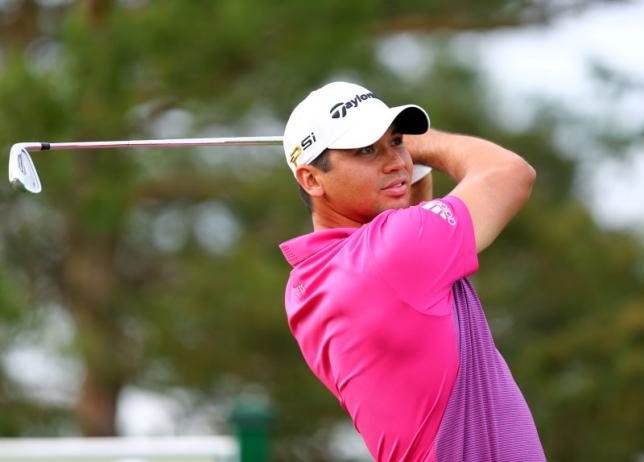 NEW YORK – World number one golfer Jason Day on Friday expressed doubts for the first time over whether he would compete at this summer's Rio Olympics, citing fresh concerns over the Zika virus. Australian Day had previously been vocal in his support for golf's return to the Olympics after an absence of more than a century but he and his wife, Ellie, want to make "an educated decision" as they consider having a third child. U.S. health officials have concluded that infections by the mosquito-borne Zika virus in pregnant women can cause microcephaly, a birth defect marked by small head size that can lead to severe developmental problems in babies. "It's difficult to say right now," Day told reporters after shooting a one-under-par 71 in the second round of the Memorial tournament in Dublin, Ohio. "It's a medical issue. We will see. "We have to see an independent doctor, not just the PGA (Tour) doctor ... we need independent advice. There's a lot of guys who are on the fence about it because they don't want to put themselves in harm's way. "We're just really trying to monitor what's going on and make an educated decision because obviously we're not done having kids." Day and his wife have two children, a 3-year-old son Dash and a 7-month-old daughter Lucy. Should Day end up skipping the Olympics, the Australian team would be without its two best players. Compatriot Adam Scott previously announced he would also skip Rio, though not because of Zika concerns, but more due to his belief that golf does not belong in the Olympics. Fiji's Vijay Singh, and fellow major winners Louis Oosthuizen and Charl Schwartzel of South Africa, will also be among the golfing absentees for the August 11-14 event. Day's comments on Friday came a week after more than 100 medical experts, academia and scientists called for the Rio Olympics to be postponed or moved because of fears that the event could speed up the spread of the Zika virus. Their assessment countered the view of some leading experts of infectious disease who say that as long as the necessary precautions are taken there is no reason to cancel the Games. "I don't think it's an Olympic issue, I don't think it's a Rio issue," said Day. "I think it's a medical issue that's attached to the 'what happens if I go there, get it, and bring it back?'. Because they don't know. "The recommendation from the CDC (Centers for Disease Control) is X but you don't know how long it will last in your body for. So I am a little wary on it and once again I just have to make a smart educated decision on whether I go or not." The connection between Zika and microcephaly first came to light last year in Brazil, which has confirmed more than 1,400 cases of the condition. The World Health Organization has also said there is strong scientific consensus that Zika can also cause Guillain-Barre, a rare neurological syndrome that causes temporary paralysis in adults. –Reuters