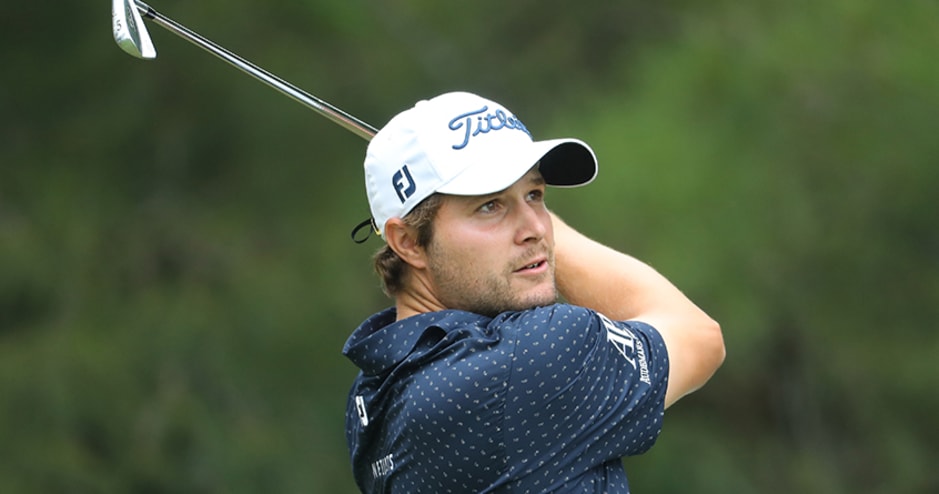 LAS VEGAS (Reuters) - Peter Uihlein roared home with five birdies in the final seven holes to earn a two-shot lead in the second round at the Shriners Hospitals for Children Open in Las Vegas . Uihlein stayed patient after a slow start and was rewarded with a “stress-free” five-under-par 66 in benign afternoon conditions at TPC Summerlin. With a halfway score of 13-under 129, he goes into the weekend two clear of fellow American Robert Streb (66) and South Korean Whee Kim (65). Bryson DeChambeau (66) trailed by three shots while Jordan Spieth, in his first appearance in the Nevada desert, overcame some poor drives to card a 68 that left him five back. Leader Uihlein, winless in 59 starts on the PGA Tour, said an “unbelievable par which righted the ship” at the par-four sixth hole had been the key moment of his round. He rolled in a 40-foot putt at that hole after a poor drive had forced him to pitch his second shot out sideways. “After that I was pretty efficient, hit a lot of fairways, a lot of greens,” the 29-year-old told Golf Channel. “I felt if I did that I’d give myself a lot of chances and the hole would eventually open up and the ball would start going in. “My distance control with my irons has been very good so I’ve been able to have stress-free two days.” World number six DeChambeau, the highest-ranked player in the field, is making his season debut after taking a month off following a poor Ryder Cup, where he lost all three of his matches on the defeated American team. He had been the hottest player in the world before that, winning two consecutive playoff events on the PGA Tour. After treading water on the front nine, he picked up five birdies coming home to make his presence felt on the leaderboard.