Good governance is basis for development of any country: PM 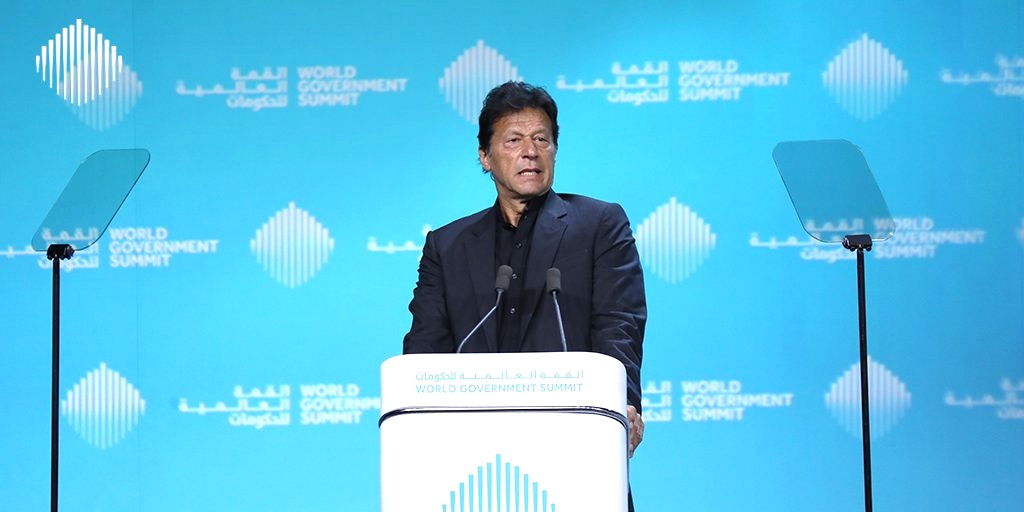 Good governance is basis for development of any country: PM

DUBAI (92 News) – Prime Minister Imran Khan on Sunday said that only good governance is the base for development of any country. Addressing the World Government Summit, the prime minister mentioned that good governance lies at the progress of the country, adding, “Accountability and meritocracy are the two main aspects of good governance.” “A government is likely to succeed more if it has a good accountability process and a good system of helping people get to the top,” he mentioned. “We were on top in the 1960s because of our civil services. Gradually, as our system of merit went down, so did the country,” he explained. Past rulers spends tax money own their luxuries Imrna Khan said that the rulers in the past spent the money of tax on their luxuries. “People did not trust governments in the past which is why they didn’t pay taxes,” he added. PM asserts reform programmes are painful but essential The prime minister remarked that reform programmes are painful but essential. “Reforms are painful. People suffer a lot. Think of it as a surgical procedure being performed on a person. The patient suffers for a while but then he recovers,” he explained. He also said that the reforms would be taken only with good governance. Govt wants to cut down fiscal deficit PM Khan said that the worst thing for a society is to postpone reforms. He said that the government wants to improve Pakistan’s economic policies. “We want to cut down our fiscal deficit, improve our exports and cut down imports. The bills have gone up, obviously,” he remarked. PTI-led government working on ease of business Imran Khan said that the Abu Dhabi crown prince advised him to allow businesses to make money. “If businesses make money, only then more people will invest in a country. We are working on ease of business. We are changing our tax laws,” he said. He said that he has learned one main lesson from sports: “You only lose when you give up.” Govt striving Pakistan on model of State of Madinah PM Khan has said his government is striving hard to develop Pakistan on the model of the State of Madinah based on principles of justice, humanity, merit, and accountability. The Prime Minister said that Holy Prophet PBUH had laid the foundations of the first welfare state on earth by upholding rule of law and emphasis on seeking knowledge. He said China has brought its 700 million populations out of poverty in 30 years. He said PTI government also believes in investing in human capital of the country to uplift common people. Reform agenda to develop Pakistan Imran Khan said we are pursing a reform agenda to develop Pakistan on modren lines, which include facilitating ease of doing business, changing tax laws, and encouraging investments. Pakistan has greatest tourism potential He said Pakistan has the greatest tourism potential and the government was focussing on that sector. The premier also invited investors to take advantage of business friendly policies of the government by investing in various sectors of Pakistan. Non-Muslims places of worship to be protected Imran Khan said the State of Madinah promised that non-Muslims places of worship would be protected, there would be no forcible conversions, and human rights would be respected. He said PTI governments wants to develop Pakistan on these principles. He said accountability, rule of law, and welfare of the poor people should be the salient features the state machinery. It is pertinent to mention here that the World Government Summit is an annual gathering of heads of states/government, policymakers, business leaders and experts to discuss current and future opportunities to improve governance through reform, innovation and technology.