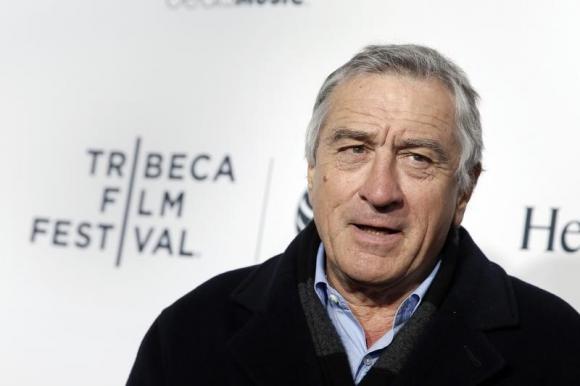 NEW YORK - Actor Robert De Niro and director Martin Scorsese will reunite with the cast of "Goodfellas" for a special screening to mark the 25th anniversary of the gangster film that will close the Tribeca Film Festival next month. Organizers of the festival said on Wednesday that Joe Pesci, Ray Liotta, Lorraine Bracco and Paul Sorvino will discuss the 1990 Oscar-nominated film with comedian Jon Stewart after the screening on April 15 at the Beacon Theatre. Scorsese, who won the best-director Academy Award in 2007 for "The Departed," said he was moved to learn that the film based on the best-selling book "Wiseguy" by Nicholas Pileggi will be closing the festival. "We wanted to make a movie that was true to Nick Pileggi's book and to the life of (gangster) Henry Hill and his friends, which means we broke some rules and took some risks," Scorsese said in a statement. Nearly 100 feature-length films from 31 countries will be screened during the 14th Tribeca Film Festival. The world premiere of "Live from New York!," about the NBC late-night comedy sketch show "Saturday Night Live," will open the festival on April 15. The slate will include films starring Richard Gere, James Franco and Dakota Fanning and documentaries on topics ranging from drag racers in Cuba and an expose of the impact of the financial crisis to a couple's efforts to make a videogame about their son's battle against cancer. The festival was founded in 2001 by De Niro, producer Jane Rosenthal and investor Craig Hatkoff to revitalize the downtown New York neighborhood following the Sept. 11, 2001, attacks on the nearby World Trade Center. - Reuters