KARACHI (92 News) – The techno giant and world's most used search engine Google has followed the suit as it honoured Pakistan's legendary playwright Fatima Surayya Bajia (late) on her 88th birthday. Surayya Bajia was born in Indian city of Hyderabad on September 1, 1930. She, along with her family, migrated to Pakistan after the partition. Bajia had acquired extensive knowledge of Arabic, Persian, English and Urdu literature and history at home without having any formal degree. When her grandfather and father died in Karachi, she took up the responsibility of looking after her younger siblings. She brought all her siblings up with care and made them all receive a good education almost all of them successfully carved out their own identity in separate fields of art and culture. 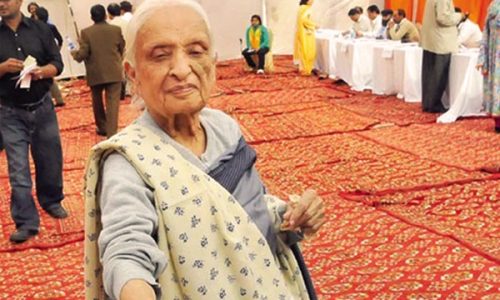 Her brother Anwar Maqsood became a satirist and playwright, her sister Zehra Nigah became a renowned poetess while Zubaida Tariq turned into a cooking expert. She received numerous awards, including the Pride of Performance Award for her services for the performing arts in Pakistan. In 2012, she was awarded Hilal-i-Imtiaz by President of Pakistan. Besides the local awards, she was given the highest civil award of Japan. She breathed her last on February 10, 2016 at the age of 85.