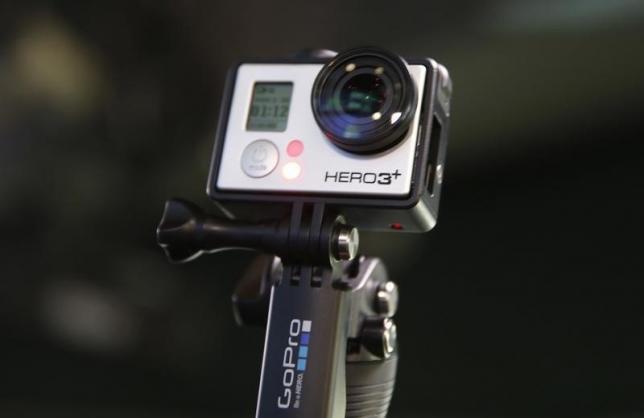 GoPro said McGee, who joined the company from Qualcomm Inc (QCOM.O) in 2015, would succeed Jack Lazar as CFO on March 11.

Demand for GoPro's helmet- and body-mounted cameras has been declining as rivals such as China's Xiaomi XTC.UL offer cheaper products and smartphone cameras turn increasingly advanced.

"...We recognize the need to develop software solutions that make it easier for our customers to offload, access and edit their GoPro content," Chief Executive Nicholas Woodman said in a statement.

GoPro forecast revenue of $160 million to $180 million for the first quarter ending March. Analysts on average were expecting $298 million, according to Thomson Reuters I/B/E/S.

The company's revenue fell 31 percent to $436.6 million in the fourth quarter ended Dec. 31, missing the average analyst estimate of $496.1 million.

GoPro, which had already released its quarterly numbers last month, reported an adjusted loss of 8 cents per share. Analysts had expected the company to break even on a per-share basis.

The company's shares were trading at $9.72 after the bell. Up to Wednesday's close, the stock had fallen more than 80 percent in the past 12 months. -Reuters