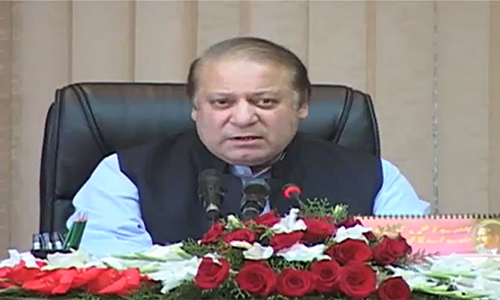 ISLAMABAD (92 News) – The government has decided not to accept the resignations of the Muttahida Qaumi Movement. It was decided during a meeting of the parliamentary leaders, which was presided over by Prime Minister Nawaz Sharif. The meeting discussed the situation arising after the resignations. The participants agreed to form a committee for monitoring the Karachi operation. Meanwhile, Prime Minister reached Hazara and directed to make the Hazara Motorway six lane from four lane. The project will be completed in December 2016 instead of March 2017. Speaking on the occasion, Prime Minister Nawaz Sharif said that the motorway will bring in progress in the region.