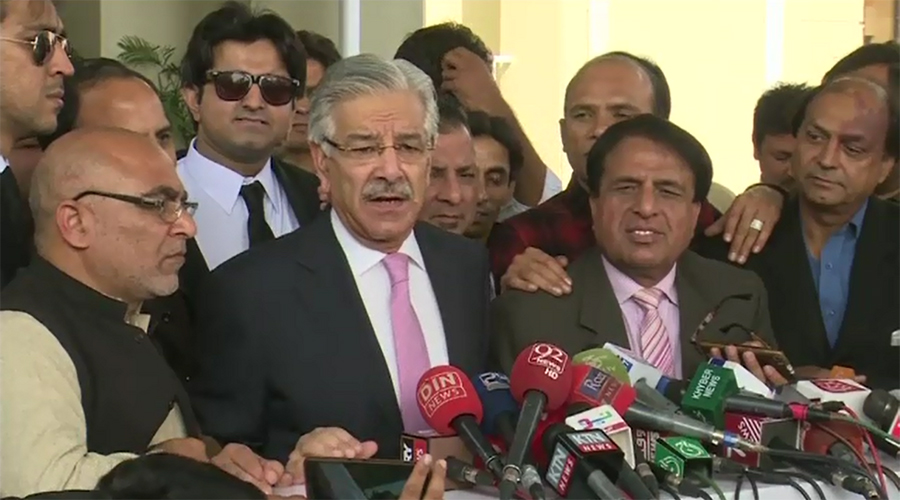 ISLAMABAD (92 News) – Defense Minister Khawaja Asif has on Thursday said that the Government is going nowhere. Talking to media outside Supreme Court premises in Islamabad on thrusday, he said that no power in the world can stop Prime Minister Nawaz Sharif from bringing a change. The minister said that some elements have been trying to dislodge the Government for the last three and a half years but it stands its grounds. Khawaja Asif said that the present government is engaged in progress and development and no one can prevent it from bringing about real change. He said that the prime minister has submitted his reply in the court, adding there could be a one-man commission. The defense minister said: “Decisions should not be taken in rallies and on roads and there is need to take the country put of this situation.”