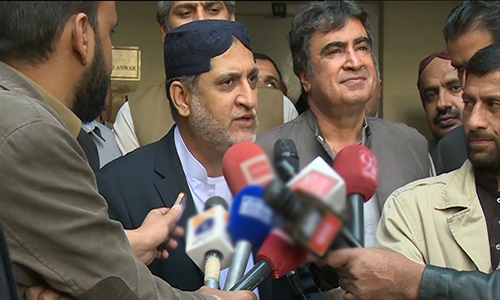 QUETTA (92 News) - Balochistan National Party (BNP) chief Nawab Akhtar Mengal has said that the government does not seem to be serious in the Balochistan affairs. Talking to the media on Friday, he said that he is not a purchasable commodity. “In other countries, plans are made first and then action is taken, but in Pakistan, action precedes planning.” The BNP chief was optimist about winning the Senate elections.