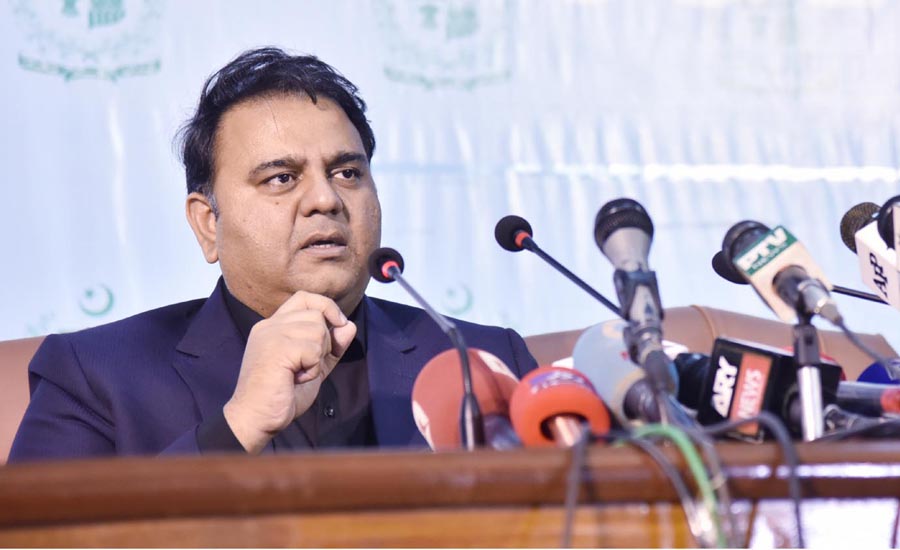 ISLAMABAD – Minister for Information Fawad Chaudhry has said on Thursday that the government is ready to negotiate with the opposition, adding, “How Shahbaz Sharif can audit Nawaz Sharifs projects.” While talking to a press briefing, the minister extremely responded against the ruling of Senate Chairman Sadiq Sanjrani. “Should we apologise for asking where the billions of rupees of the poor people of Pakistan went?,” remarked Chaudhry. He said that the Senate chairman should bring a change in his attitude otherwise the government have to talk about his change would be considered as before the time. After the Senate Chairman, Fawad Ch criticized the government and asked that will Shahbaz Sharif audit Nawaz Sharif’s projects. “No one will accept to make Shehbaz Sharif as Public Accounts Committee (PAC) chairman,” he mentioned. The info minister adopted a stance about the bureaucrats that they have been informed about their responsibilities as well as this was first episodes for their reforms. Chaudhry said the government is being ready to negotiate with the opposition. “The government had accepted several demands and that the opposition will now have to reciprocate,” he termed. The minister asserted that the policies would be mad by the ministers and the politicians will run the country. He also said that they will not allow to anyone for disrespect the value of public. He further said that his party was not satisfied with the attitude of the Senate chairman.