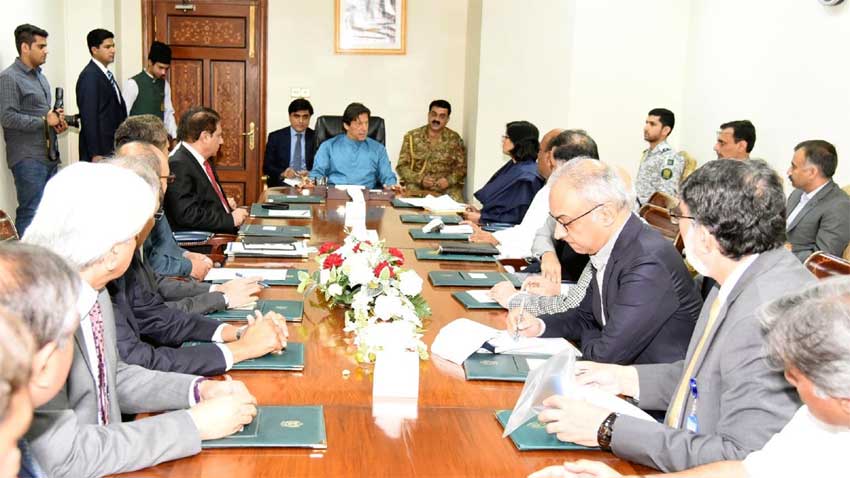 ISLAMABAD (92 News) – Prime Minister Imran Khan has emphasized the need to effectively highlight the important projects started by the government for public welfare in order to ensure participation of people.  Chairing a meeting on Thursday, the prime minster overviewed the steps taken by different public sector departments in connection with corporate social responsibility. Imran Khan said that government started thirty six projects relating to public welfare and economic development in a brief period of eight months as part of implementing its manifesto. The premier said a comprehensive and detailed program for poverty alleviation titled ‘Ehsaas’ was started for the first time in the history of the country. This program will not only help in fulfilling the obligations of state with respect to provision of health, education and employment facilities, but also ensure the organized and integrated use of government resources for public welfare. Imran Khan said the leading public welfare projects include highlighting tourism potential of the country at national and international level, system of local government to truly empower the people. The Prime Minister said provision of shelter homes across the country is testament to the fact that government realizes its responsibility for the welfare and betterment of weak and poor segments of the society. Heads of various public sector companies briefed the Prime Minister of the steps relating to corporate social responsibility and others important projects and initiatives. President Zarai Taraqiati Bank informed the Prime Minister that the bank has started a project called E-Credit to disburse interest free loans among especially small farmers. Loans worth eleven billion rupees have been distributed among farmers in Punjab so far. He said the project has also been started in Azad Kashmir in cooperation with AJK government while talks continue with provincial governments of Balochistan, Sindh and Khyber Pakhtunkhwa to start the program in those provinces. In a presentation of Khyber Bank, the Prime Minister was apprised that the bank is giving special attention on provision of employment in now merged tribal areas. Khyber Bank is providing loans ranging from fifty thousand to one million rupees to youth of erstwhile FATA to help them start their businesses. The prime minister appreciated the steps taken by various companies as part of social responsibility.