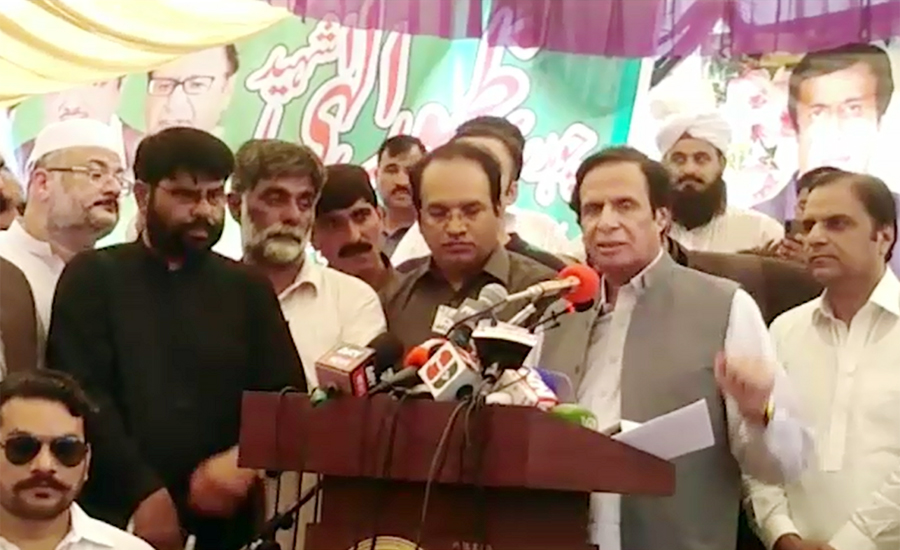 LAHORE (92 News) – Punjab Assembly Speaker Ch Pervaiz Elahi has said that the opponents of the government are arrogant. Speaking at the death anniversary of Ch Zahoor Elahi on Wednesday, he said that the government had set the right direction to steer the country out of crisis. “The nation will have to display patience and tolerance,” he said. He said that he had formed 170 welfare institutions during his tenure and they are still serving the masses. “The journey of public welfare started by Ch Zahoor Elahi is continuing,” he said. The PA speaker said that Punjab Chief Minister Sardar Usman Buzdar under instructions from Prime Minister Imran Khan is striving to continue and forward the unprecedented steps taken by him during his tenure as CM. “Pakistan has raised the voice for Kashmiris at the international level. Modi has unleashed atrocities in Occupied Kashmir. The real face of Modi has been exposed to the international leaders first time due to the efforts of Prime Minister Imran Khan,” he said. Ch Pervaiz Elahi said that the country needs unity, not disruption. “Today the government is honestly striving at each forum whether it is economy or foreign,” he said. He said that Prime Minister Imran Khan enjoys the support of Imran Khan and his allies.