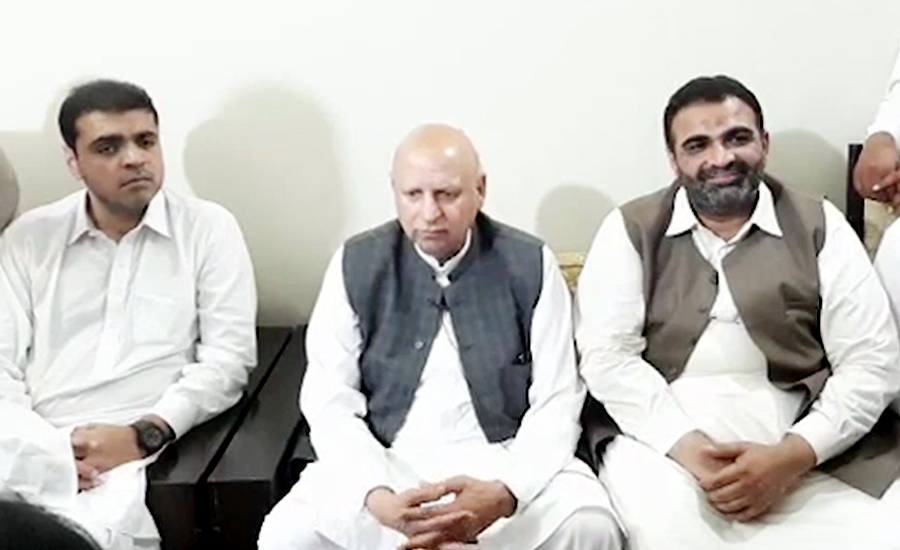 OKARA (92 News) – Punjab Governor Ch Sarwar has once again denied the reports about his resignation. Addressing a press conference on Saturday, he said that President Dr Arif Alvi had not demanded his resignation. He said that Jahangir Tareen could not attend the dinner as he was in Islambad. “We have no difference with the PML-Q,” he said. The governor said that he had hosted the dinner only in honor of the ticket-holders. “PM Imran Khan has included the person whom he thought better in the cabinet,” he said. Ch Sarwar said it was good news for the people of Punjab that they would get clean water from the Water Authority. “PM Imran Khan has formed a team which has been directed to provide clean water,” he said. He said that saying of ‘Sahiba’ to Bilawal Bhutto by PM was just a slip of tongue.

Earlier addressing a press conference , Punjab Governor Ch Muhammad Sarwar has announced his dissociation from the Sarwar Foundation, saying he will not be part of any fundraising for this foundation in future. He said that he had never loved designations, but loved the people only. “Had some decisions been taken according to my wish the PTI would have obtained two-thirds majority.” He said that there is no truth in the news about differences with Punjab Chief Minister Usman Buzdar. “I am not tendering my resignation. I will accomplish the task under the leadership of Imran Khan,” he said. Ch Sarwar said that it was his passion to provide clean drinking water to the people. He expressed the resolve to promote tourism under instructions from Prime Minister Imran Khan. “We will work for five years under the leadership of Prime Minister Imran Khan.” He said that the media is playing an important role in the country. “I belonged to a middle class family and got an opportunity to go to Britain where I started my business. I was elected the first Muslim member of the British Parliament and took the oath on the Holy Quran,” he said. Ch Sarwar said that he had voted against Iraq War in the British Parliament. “I also raised the voice for the people of Kashmir and Palestine,” he said. He said that he had launched a movement for clean water and provided water at cheap rates. “I utilized my experience for the betterment of the country,” he said. The governor said that he had raised the slogan of the change and Naya Pakistan. “A single person cannot be given the powers in democracy,” he said.