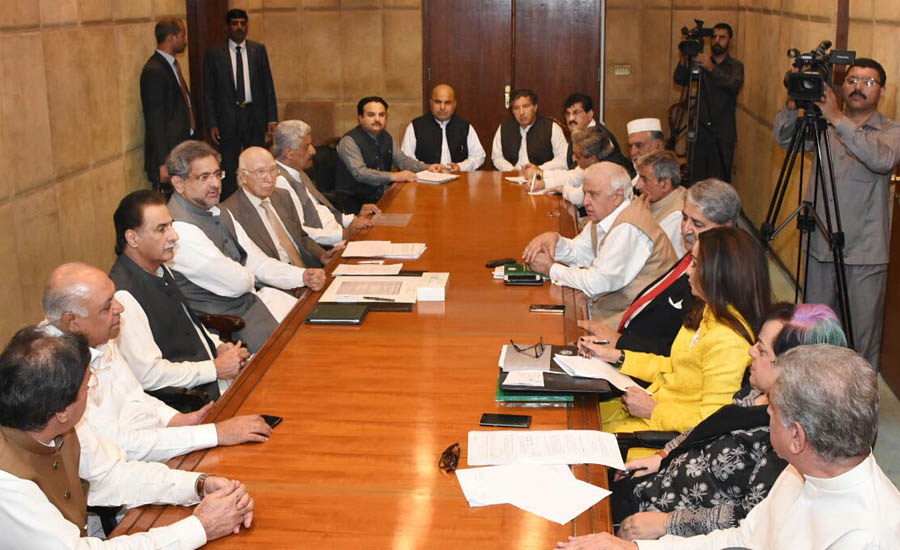 ISLAMABAD (92 News) – The government has accepted the opposition’s proposals for the merger of the FATA with Khyber Pakhtunkhwa. The proposals were accepted during a meeting of the parliamentary leaders and representatives of various political parties on legislative matters pertaining to implementation of FATA reforms at Prime Minister’s Chamber in the National Assembly on Wednesday. The government has prepared the final script and the bill will be presented in the National Assembly on Thursday.