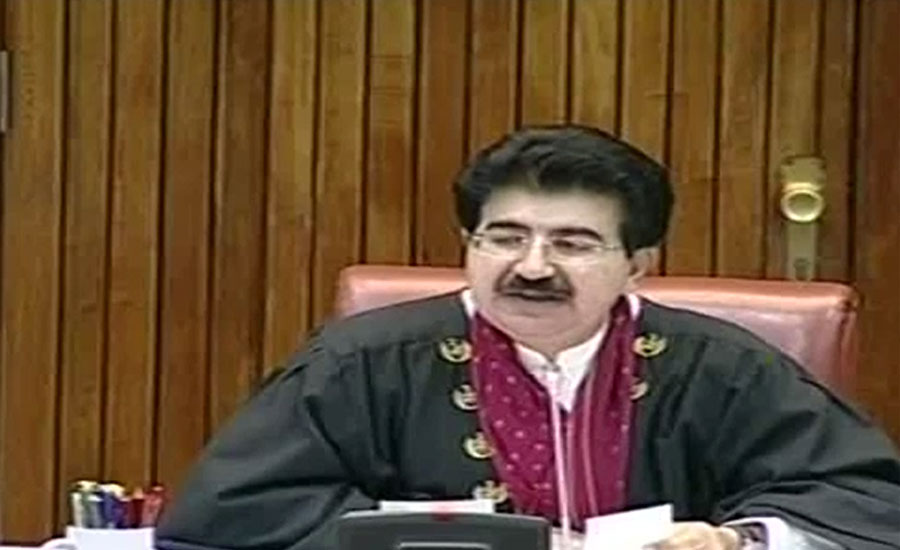 ISLAMABAD (92 News) – The federal government and its allied parties increased pace to foil the bid of opposition’s no-confidence motion against Senate Chairman Sadiq Sanjrani. A delegation of senators led by Balochistan Chief Minister Jam Kamal will likely to meet with the opposition leadership again today. Meanwhile, the government alliance has contacted the Pakistan People’s Party (PPP) and sought time for a meeting with party chairman Bilawal Bhutto. It is pertinent to mention here that yesterday a government delegation led by Jam Kamal called on JUI-F chief Maulana Fazlur Rehman and sought support for Senate Chiarman Sadiq Sanjrani. It was also reported that the delegation of government likely to contact directly with Opposition Leader in National Assembly Shehbaz Sharif. It said that they will request to withdraw no-confidence motion against Sadiq Sanjrani. According to the Roznama 92, 15 senators of the opposition is expected to support Sadiq Sanjrani, however, two PML-N senators attended the meeting of government senators, in response, the opposition parties also started the campaign to save their senators and number. A day earlier, talking to the journalists after the meeting, Jam Kamal said that they had come to seek help for defending the dignity and credibility of the Senate. “We do not want the consequences of the steps taken by the opposition produce negative results,” he said. He said that Maulana Fazlur Rehman has vast experience of resolving the problems. “I hope he will play a positive role,” he added. Jam Kamal said that Sadiq Sanjrani belongs to his party and had come to seek support for him. “The government will also take positive steps if the opposition takes the positive steps,” he maintained. Leader of the House in the Senate Shibli Faraz was also accompanying the government delegation. Speaking on the occasion, JUI-F chief Maulana Fazlur Rehman said that it was impossible to withdraw the no-confidence motion against the Senate chairman. “The joint opposition had decided to de-seat the Senate chairman.