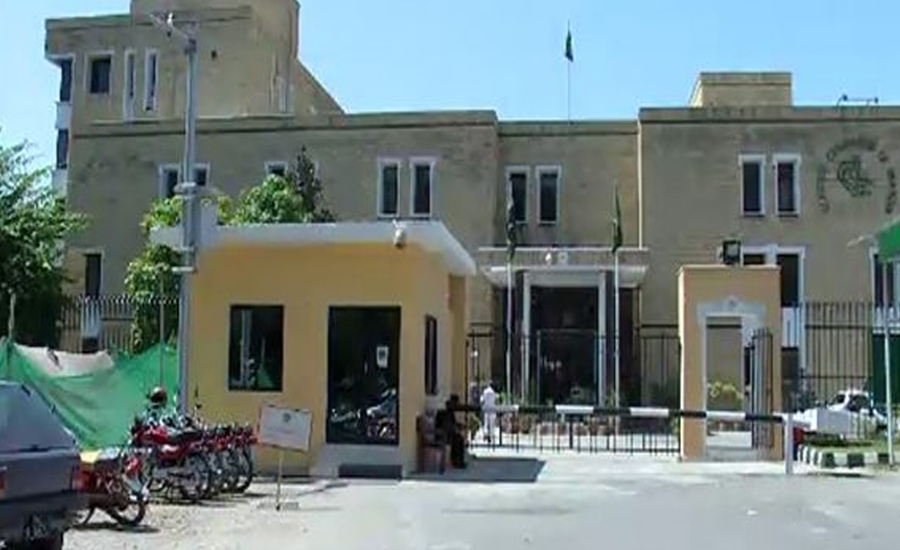 PESHAWAR (92 News) – The Khyber Pakhtunkhwa (KP) government has approached the Election Commission of Pakistan (ECP) to postpone the July 2 provincial assembly elections in tribal districts by 20 days. The PTI-led provincial government wrote a letter to the commission’s secretary, seeking the postponement of the polls for 16 general seats citing various reasons, including security concerns in view of recent terrorist attacks in North Waziristan. The letter states the current unwarranted situation and threats of serious nature from across the border and some development within the newly merged districts may sabotage the whole process of holding of forthcoming polls. “It is suggested that the subject election may be postponed due to the following reasons for 20 days which is within the constitutional limit of 25 July, 2019 for holding the subject elections.” 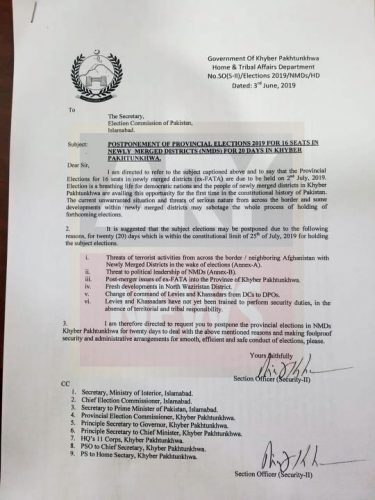 In his letter, the KP government has given six reasons to postpone the elections which are mentioned below: “I am therefore directed to request you to postpone the provincial elections in NMDs Khyber Pakhtunkhwa for twenty days to deal with the above mentioned reasons and making foolproof security and administrative arrangements for smooth, efficient and safe conduct of elections, please,” reads the letter written by an official of the Home and Tribal Affairs department. It is noteworthy that a total of 297 people have already filed nomination papers for the first-ever elections for 16 general seats in erstwhile Fata. The electoral body had last month issued a final list of 297 candidates in the run for the provincial assembly seats.