KARACHI (92 News) - The government has decided to seize stranded Heng Tong 77 ship at Sea View beach, Karachi under the regulations of Merchant Ordinance 2001 on Tuesday.

The Ministry of Maritime Affairs has issued a detention order for the stranded ship at Sea View beach.

Minister Ali Zaidi has posted the detention notice on Twitter in which he mentions that the vessel was inspected on July 22 by surveyors. In subsequent inspections, the ship was declared “unseaworthy”. The power to declare it unfit for the sea is granted under section 391 of the Pakistan Merchant Ordinance, 2001.

The ship is a threat to the Pakistan maritime channel and other ships due to the defective condition of the hull, navigation equipment and machinery.

The minister said the ship shall be released only when surveyors issue a satisfactory report. Until then it will be kept in detention. 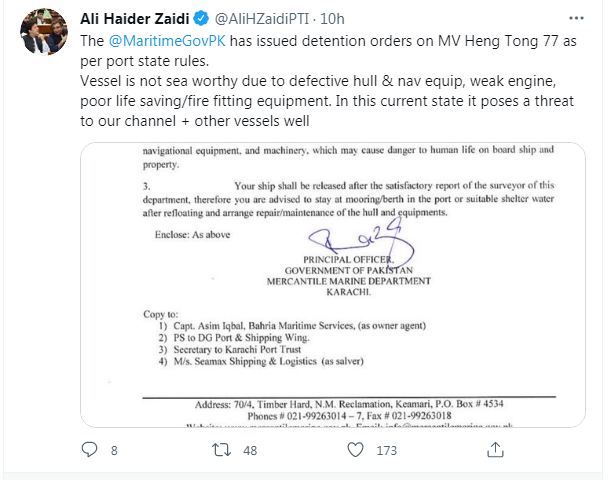 In its letter, the concerned authorities wrote to the cargo ship’s captain that the navigation and machinery system of the vessel was not working. It added that the unseaworthy cargo ship was dangerous to the human lives and assets. 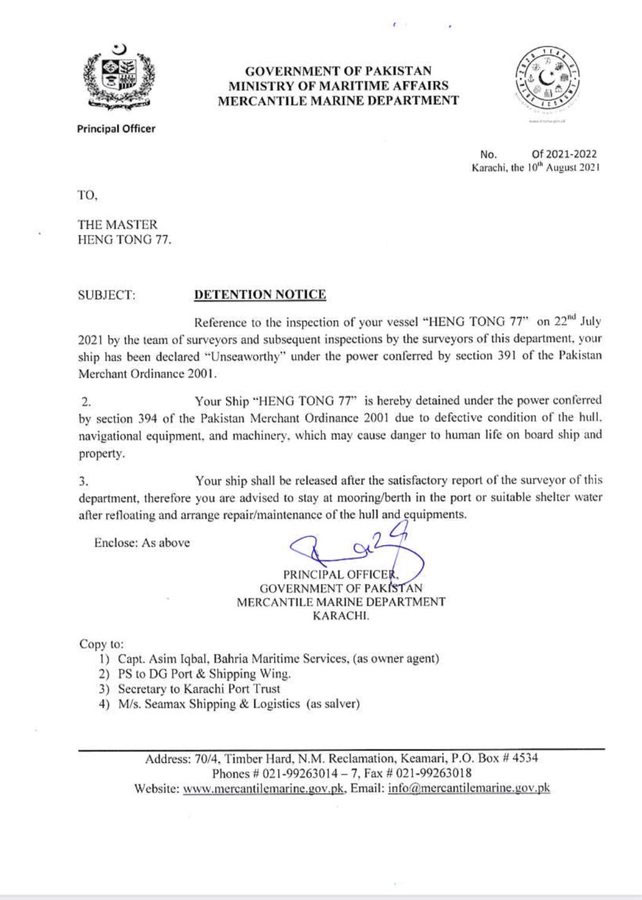 The Heng Tong 77 departed from India’s Chennai for Istanbul. On July 18, it stopped in Karachi for staff changes. The high tide pushed it towards the coast, a few kilometres away from Sea View.

Experts from the Karachi Port Trust and Pakistan Navy warned of the shipping breaking down. This could result in environmental hazards such as oil spills.