ISLAMABAD (92 News) – Interior Minister Sheikh Rasheed said that the government has decided to deploy Rangers in Punjab for 60 days under section 5 of the Anti-Terrorist Act.

Addressing a press conference on Wednesday, he said that the armed protesters had martyred three policemen and injured 70 others.

"I held talks with the protesters several times. The TLP took out a rally on Eid Miladun Nabi (SAW) and turned it into a sit-in. Foreign powers want to impose restrictions on the nuclear programme of Pakistan. The protesters have become militants who opened fire on the police with Kalashnikovs," he maintained. 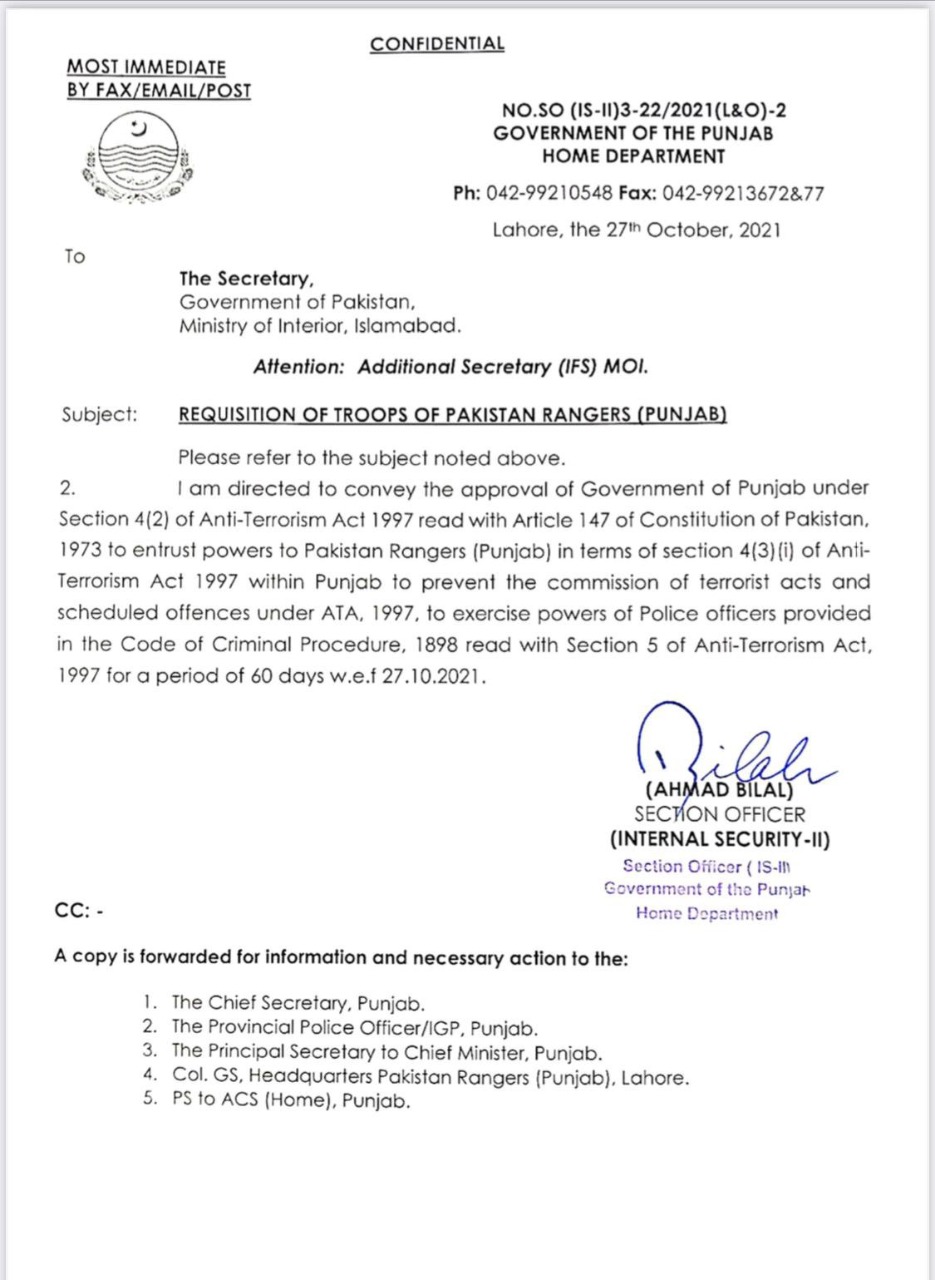 He appealed to the protesters to go back. "I say live that the French ambassador is not in Pakistan. It proves that they have different agenda," he added.

The minister also condemned the statement of the PDM chairman Maulana Fazalur Rehman, asking him to assess the severity of the situation.