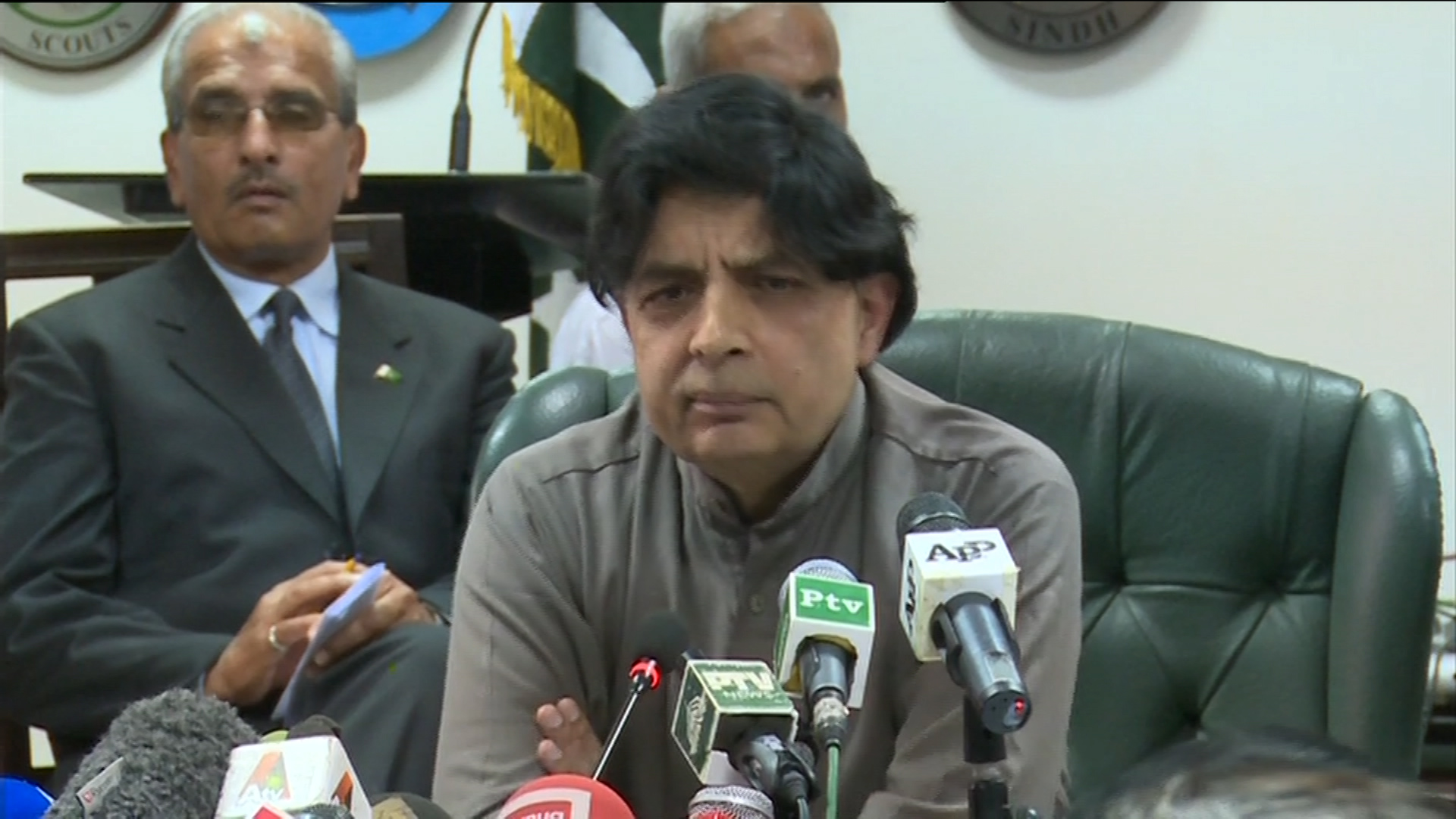 ISLAMABAD (92 News) – Federal Interior Minister Chaudhary Nisar Ali Khan said on Tuesday that the government has not put anyone on the Exit Control List (ECL) on political basis. Addressing a press conference, Nisar said that he will introduce a new ECL policy next week. “The ECL’s limit will be three years in future.” He said that he had not handed over documents about Altaf Hussain to British High Commissioner Philip Barton. “I only discussed the matter with the British HC during the meeting.” About Saulat Mirza, Nisar disclosed that Mirza’s hanging was delayed on Balochistan government’s request. Ch Nisar said that the execution of Shafqat Hussain has been postponed until the verification of his age. He said that they were not under pressure with regard to deferring Shafqat’s execution. “A seven-year-old child has been murdered ruthlessly. The child’s parents are receiving threats. We have to provide justice to Shafqat Hussain as well as the parents of the child,” he maintained. The minister said that 72-hour period was not sufficient to investigate the video statement of Saulat Mirza. “We have requested President Mamnoon Hussain to defer Saulat’s execution for 90 days. It is discretion of the Presidency that for how long it grants the postponement,” he said.