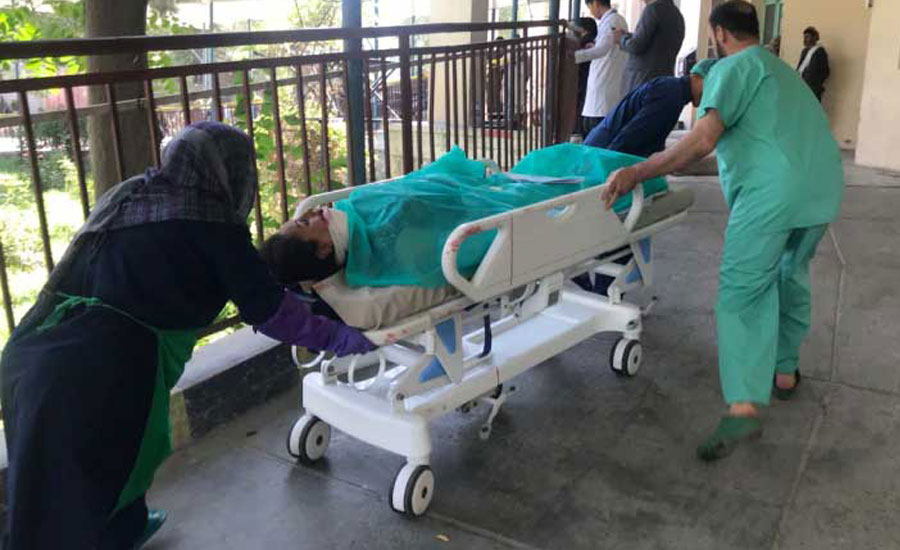 KABUL (Reuters) – At least five people were killed and 10 wounded when a magnetic bomb attached to a bus carrying government employees exploded in the Afghan capital Kabul on Thursday, officials said. Interior Ministry spokesman Nasrat Rahimi said the bus was carrying employees of the mines and petroleum department. “Five have been killed, 10 are injured,” Rahimi said. Bombs stuck under vehicles are a common threat in Kabul. An eyewitness near the blast site said a minibus had caught fire and he could see several injured and dead bodies. No militant group immediately claimed responsibility. https://www.youtube.com/watch?v=ULTe2shjgFk