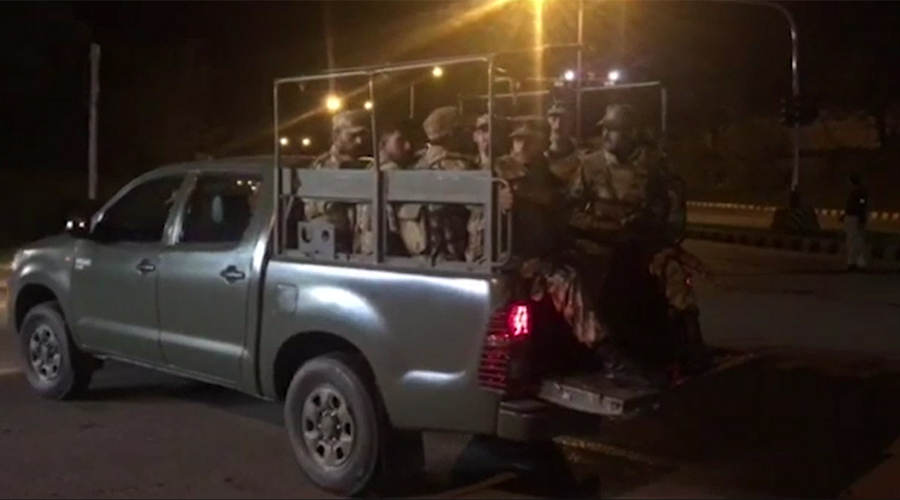 ISLAMABAD (92 News) – The government has extended the stay of Army in Islamabad for 90 days. In reply to the summary of the Islamabad chief commissioner, the Interior Ministry has issued a notification regarding extension in stay of the Army under Article 245 of the Constitution. The powers of the Army have been extended from September 3 to December 3. As many as 350 Army jawans will remain at sensitive places as quick response force. The stay of 1,500 Rangers and 350 Gilgit-Baltistan Scouts personnel has already been extended for three months. The civil administration can summon Army, Rangers and Gilgit-Baltistan Scouts in the wake of any emergency. The powers granted to the Rangers and Army under Article 245 cannot be challenged in the IHC. Moreover, 600 FC jawans have reached Islamabad to deal with the protesters. The contingent of the Punjab police will also reach Islamabad within 48 hours. Four government buildings have been evacuated to stay the personnel coming from out of the city.