Govt has borrowed over $33 billion by running fake campaign against debt: Bilawal Bhutto 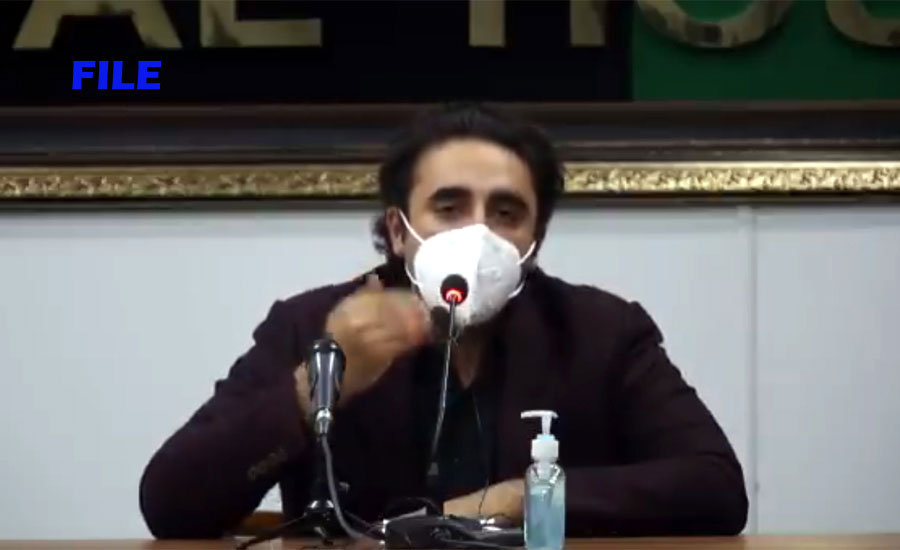 Govt has borrowed over $33 billion by running fake campaign against debt: Bilawal Bhutto

KARACHI (92 News) – Pakistan People's Party chairman Bilawal Bhutto Zardari has criticized the economic policies of the PTI regime, saying that the only thing Imran Khan struggled for 25 years, was to push every Pakistani under Rs 175,000 of debt.

In a statement issued from Media House Bilawal House, the PPP chairman said that the PTI government has been running a farcical campaign of self reliance and freeing Pakistan from the debt trap, it has so far borrowed more than $33 billion in foreign loans.

He pointed out that due to the burden of the mounting interest on these loans, Pakistan would have nothing left over for development let alone defence, after paying government salaries.

Bilawal Bhutto Zardari said that while Imran Khan preaches austerity, the PTI government has increased expenditures to the highest they have been in 28 years. "Imran Khan had sold the people on his allegedly crack team of economists, but they ended up costing Pakistan Rs10 trillion more than the country’s income by creating the conditions for them to borrow on tough terms. Even after the percentage increase. The circular debt in the power sector alone has gone up to Rs 2.5 trillion and in the gas sector to over Rs 350 billion despite multiple increases in power and gas tariffs," he added.

He said that the puppet prime minister had declared not to take any loans, but had in fact paid 82% of the national exchequer, up to Rs2.5 trillion, on loan repayments. “The PTI has created a new circular debt by not refunding Rs 710 billion in taxes to the people and traders.”

Bilawal Bhutto Zardari questioned how the regime could claim economic growth when it can just spends just 40% of its Rs 650 billion development budget by the eleventh month of the fiscal year.